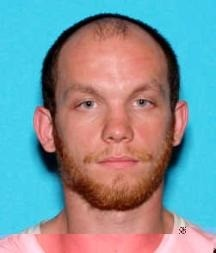 Detroit police say they've zeroed in a on a 22-year-old man as the driver of a Chevy Camaro seen spinning donuts on the freeway in a recent viral video.

The department is seeking the public’s assistance in locating Devin Cronk of Allen Park for reckless driving. They say the Camaro he was driving was orange with tinted windows and a license plate number of EBZ5973.

The incident blocked I-94 for about 15 minutes Sunday evening.

Cronk is believed to be affiliated with a car club that organizes stunt driving meet ups, Detroit Police Chief James Craig said in a Thursday interview with Fox 2. The department has been in contact with Cronk's mother, who Craig said is "very upset about" his "actions."

This is at least the second time in six months that drivers have blocked off Detroit freeways to do stunts, creating viral videos and taunting police in the process.

The infamous "We on the Lodge Wit it" video that showed last summer's incident was captioned with the statement "F*** 12," with 12 meaning the police. This time, Detroit police chief James Craig said the car's license plate included a "despicable" message directed at officers.

One person who helped block traffic has already been arrested in connection with the latest stunt.