After sleeping off a very bad night in the Oakland County Jail, a Democratic state legislator suspected of drunken driving vows: "This never happens again."

“Last night, I was stopped in Auburn Hills following a gathering in Detroit. I made a stupid mistake; I drank alcohol and got into my vehicle to drive. I apologize to those impacted by my actions. Most importantly, I am extremely grateful that I did not hurt anyone.

"I appreciate the Auburn Hills police who stopped me last night and the professionalism and dignity with which I was treated by everyone at the Oakland County Sheriff's Department.

"I take full responsibility for my actions, will cooperate fully in the ongoing investigation and will do everything I can to guarantee that this never happens again."

A state legislator from Ann Arbor may have over-celebrated in Detroit the day after Christmas before trying to drive home. 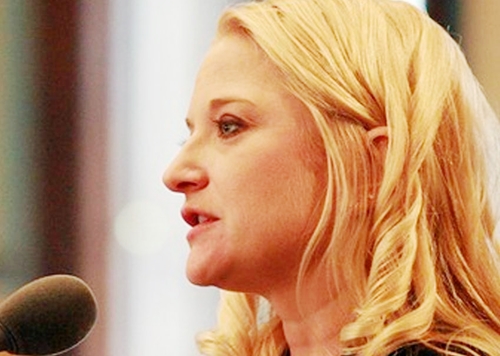 State Rep. Rebekah Warren, a 48-year-old Democrat, was arrested Thursday night on I-75 for suspected drunken driving, The Detroit News reports. It gives details of the 11:15 p.m. traffic stop from Lt. Ryan Gagnon of the Auburn Hills Police:

"We had received several calls about a motorist weaving in and out of lanes along 75 and one of our cars caught up with the suspect vehicle — a 2013 Jeep Cherokee — on northbound I-75 near Baldwin Road," Gagnon said. "The officer saw the vehicle cross several lanes of traffic, nearly cutting off one motorist, and striking a guardrail and continuing north."

The officer followed the Jeep for about three-quarters of a mile before she pulled over, Gagnon said. The motorist admitted she had been at an event in Detroit, had been drinking and was on her way home to Ann Arbor.

Yes, she was taking an inexplicably odd route north to reach Washtenaw County to the west.

She flunked a roadside sobriety test, the lieutenant tells the paper, and wouldn't blow into a Breathalyzer or provide a blood sample voluntarily at the city's police station. Blood later was drawn under a court-issued search warrant.

"Warren was transferred to the Oakland County Jail and was expected to be released sometime Friday afternoon," according to The News.

The University of Michigan politcal science graduate is in her third House term and had been a state senator from 2010-18. Term-limit restrictions led her to switch chambers.