Suspect in Michigan Grindr killing had recent run-in with police 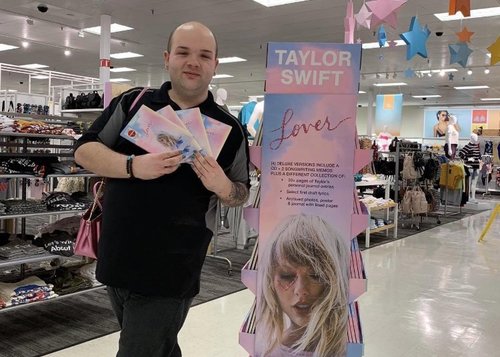 Note: Story has been updated to reflect the date of the alleged run-in as Nov 25.

The suspect in a Christmastime killing that has rocked the LGBTQ community had a brush with local law enforcement a month before the body of a man he'd met on Grindr was found at his house, Michigan State Police say.

Police say a naked man ran from a home in Bennington Township, near Flint, on Nov. 25, after he was chained and became "spooked." Police on Dec 28 found the body of Kevin Bacon — who'd been missing since Christmas Eve — in the same home.

The suspect in both incidents is currently in jail on murder and mutilation charges. WILX Lansing has identified him as 50-year-old Mark Latunski.

"There was some role playing and BDSM-type stuff going on. (The man) was released from the chains when the act was over. The two men went upstairs, were laying in bed, and the man who was chained up got a little freaked out and fled the residence."

Police let him go, saying “the activities that took place within the home were consensual,” and no one involved wished to file a report or press charges.

Missing person Kevin Bacon has been located. MSP has been working with our local law-enforcement partners. Kevin bacon was located deceased early this morning at a house in Bennington Twp. Shiawassee County. A 50 yr. old male from Bennington Twp. has been lodged for open murder. pic.twitter.com/ACBFP6cMtn

Myers said Bacon told her around 5 p.m. he was meeting up with a man he’d met on Grindr, a dating app.
At 6:12 p.m., Kevin Bacon texted Myers saying he was going to be out for a while, and he wasn’t sure when he’d be back, but that he was having fun.

Bacon’s sister Jennifer has set up a GoFundMe for his final expenses. The campaign has received national support, including a $20,000 donation from Jeffree Star, a popular LGBTQ influencer.

RIP KEVIN I’m devastated to hear of the passing of someone from Michigan who lived their life fearlessly and was taken too soon Please help his family in this horrible time: https://t.co/4sRUjumxtl #StarFamily https://t.co/FjVAxaaJgj