Red is a happy dog, back home in Metro Detroit 9 days after I-75 rollover

A Woodhaven family ends 2019 with upbeat news, shared on social media: Their golden retriever, Red, is reunited with his owners after being lost for nine days.

"We have him," owner Wade Stevenson, a welding engineer, posted around 2 p.m. Tuesday with the photo above. His announcement at a Bring Red Home group was shared more than 1,200 times in the first hour and drew nearly 600 comments. 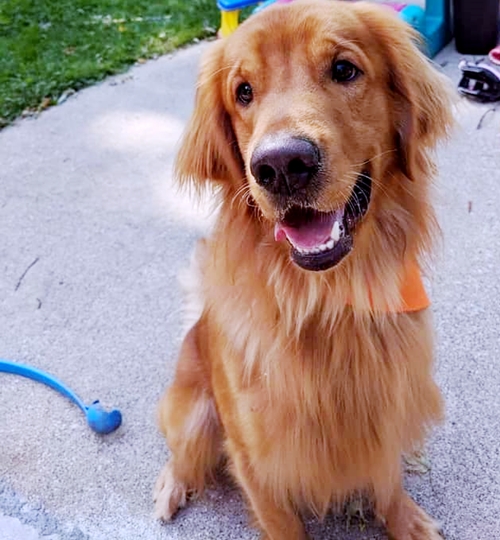 The focus of attention and affection.

WXYZ has this follow-up on a drama that drew wide attention and $3,400 in donations for searches using drones and thermal imaging technology:

Red, was ejected from the family car following a rollover accident on Sunday, Dec. 22. Red was found on New Years Eve. He is being checked out at the vet.

Stevenson, his wife Ruth Stevenson and their 4-year-old daughter Hazel just suffered scrapes and bruises when their vehicle rolled over after skidding on icy I-75 near the Lapeer exit. They were heading north to Mayville in Tuscola County (southeastern Thumb) for a family visit.

Details on where Michael James of Ferndale, who is active with a dog shelter, found the 65-pound pet aren't immediately available. He and others set up cages as live traps to help lure Red, using food and a scent from the family.

"Red has no idea how famous he is," posted one well-wisher at the Facebook support group. "I'm so very happy he is back with his family. Please, after he settles update us as to how he is doing."

More than $3,400 was given at a "Bring Red Home" crowdfunding page set up by Wade Strevenson "to help bring in the resources necessary to locate him, and cover gas, food, drone services and other supplies for the search."

These funds will also help us cover any vet bills that we may encounter, depending on our pup's condition. If we do not find him, proceeds will go to animal shelters and other appropriate area where it can make an impact.

We want to bring Red home to his 4-year-old best friend.