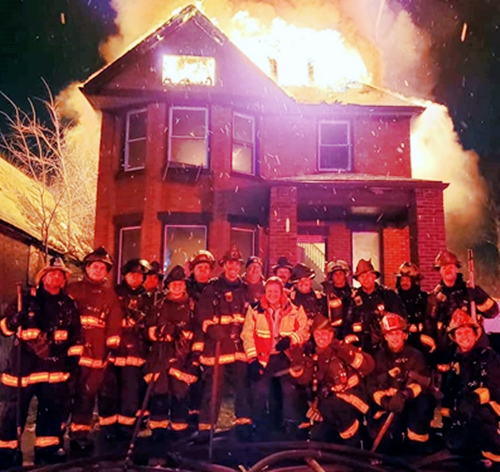 A retiring battalion chief is at center. (Photo: Facebook)

Photos of first responders in front of a burning home don't belong on social media, even if the house is vacant.

That seems obvious, but is a lesson that may bring trouble for 18 firefighters who pose with a retiring battalion chief as flames shoot through a two-story structure's roof on Green Street in Southwest Detroit.

The memento, posted on Facebook around 10 p.m. Tuesday and removed Wednesday afternoon, is captioned: "Crews take a moment to get a selfie on New Years!" It's inappropriate, Executive Fire Commissioner Eric Jones tells WXYZ:

"There are a lot of ways to celebrate a retirement. Taking a photo in front of a building fire is not one of them.

"We will investigate this matter and follow the facts where they lead us. If this photo is verified, discipline will be in order." 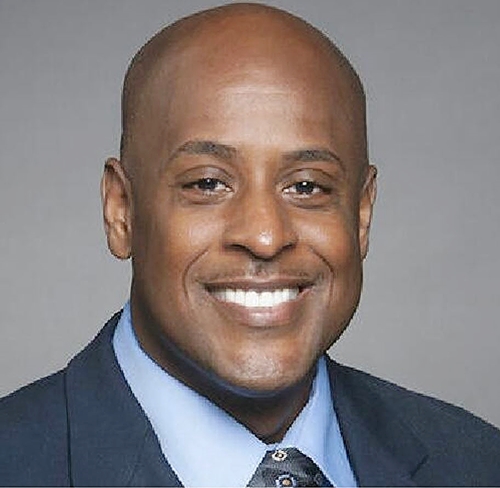 In a Detroit News phone interview, he calls the photo "inappropriate and unprofessional."

"Ninety-nine percent of the men and women who go to a scene like that and know what to do," Jones said. "Behind every fire is a devastated family or property owner."

The home and its nearest neighbor were empty, the department says. "Deputy Commissioner Dave Fornell tells me fire crews could not go inside last night and could only defensively attack the fire," tweets Brian Abel of WXYZ with the morning-after photo below.

The group photo, honoring the unhelmeted battalion chief at center, is at a Detroit Fire Incidents Page. That unofficial community with over 19,000 followers is aimed at people interested in "major incidents for the Detroit Fire Department, Highland Park Fire Department and the Hamtramck Fire Department, as well as any extremely large fires in the surrounding suburbs or cities around Detroit," a blurb says.

Its uncredited photos and videos appear to be from firefighters and perhaps civilian photographers.

The sendoff tribute is shared over 100 times by early afternoon Wednesday and generates more than 50 comments. Most are supportive ("What's wrong with taking a picture? Don't judge people"), though a few disapprove:

► "We’d be fired for this here in NY," says Glenn Christopher of the New York Fire Department.

► "Way to look professional," posts volunteer firefighter Joey Flaim of Mahanoy City, Pa. "This puts a really bad rep on your company [and] the community. Hope this was training."

► "I hope that was a staged fire," posts George Waczek, a Detroit retiree. "I'd hate to think my firemen were posing for pictures while a real house was burning." 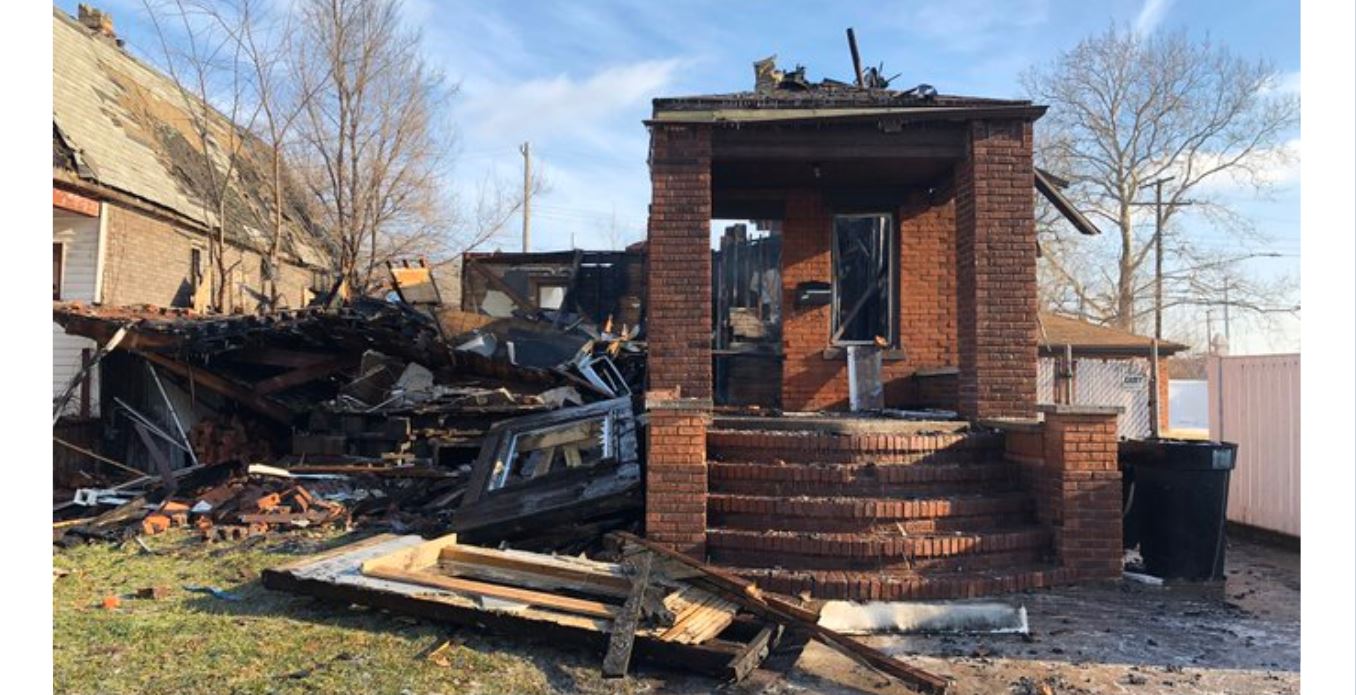