For a century, the cottage stood on a high bluff overlooking Lake Michigan in White River Township near Montague. But the lake has been there far longer, and this weekend, showed the owners who's boss of a vastly eroded shoreline. 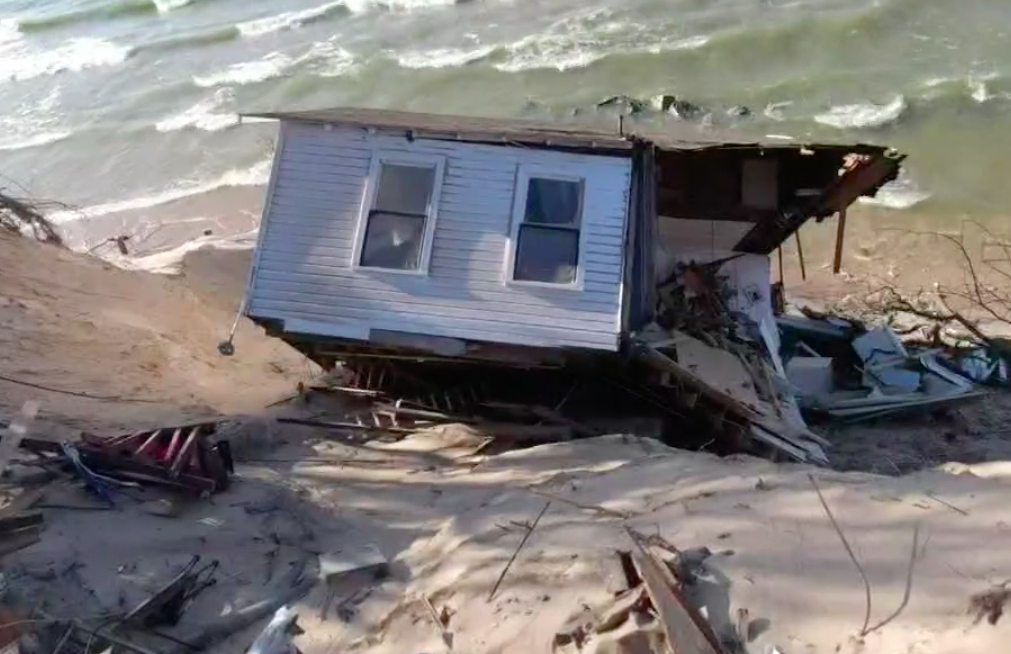 The cottage after the collapse. (Photo: WZZM video)

The house fell down the bluff on New Year's Eve.

Michigan vacationers are accustomed to believing their summer getaways are immune to significant change, but storms and high water are making profound modifications to west Michigan, and other waterfront sites around the state.

An October storm battered the Lake Michigan shoreline near Spring Lake, Michigan, and swept away up to 20 feet of dunes in some communities.

Michigan environmental regulators said in October they would expedite permits for homeowners seeking to place rocks or build seawalls to prevent erosion.

The National Park Service has said it will work with Beverly Shores in northwestern Indiana to install sand traps along the Lake Michigan shoreline to combat beach erosion at the Indiana Dunes National Park.