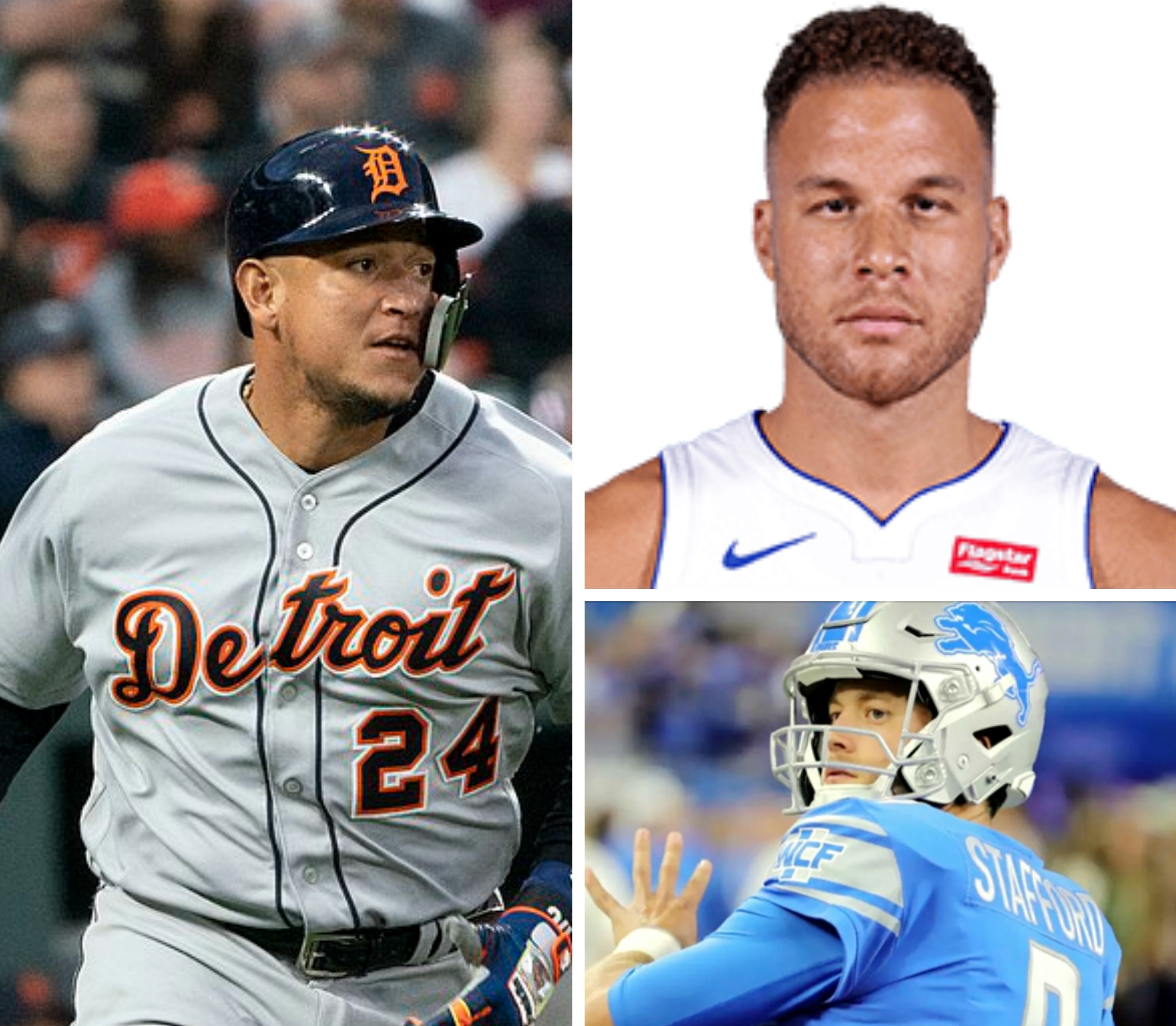 How bad is it for pro sports fans in Metro Detroit in the dead of winter of 2020? Are you ready for four last-place teams, all at once? Consider this week’s coming attractions.

The Pistons and the Cleveland Cavaliers will meet twice in their quest to avoid last place in the Central Division of the Eastern Conference of the National Basketball Association.

As of Monday morning, the fourth-place Pistons are 2 ½ games ahead of fifth-place Cleveland for that bottom berth after Detroit lost, 106-99, Sunday night to the Lakers in Los Angeles.

But that might change soon now that Detroit’s best, healthy player – center Andre Drummond -- is trade bait. His departure and a “rebuilding” cycle might spring open a trap door in their “Platinum Equity” floor to land the Pistons in a basketball basement.

Should that occur, they would join the Red Wings, the Tigers and the Lions in last place of their respective divisions. Has any other city ever had such a dreadful bunch? Four-for-four is more than a hat trick; it’s a tour du chapeau with an ugly plume.

Wear and Tear on Stars

So how did we get here? Three of the four teams suffer from the same malady: Over-dependence on highly-paid, aging veterans who are wearing down rapidly. Consider:

Only the Red Wings are different and not just because their team is worst overall in their sport. Their best and best-paid player – Dylan Larkin – is nearing his prime at age 23 and in his sixth season. In the second year of a five-year pact for $30.5 million, he could be a good investment.

But Larkin’s output has lessened this season. He’s not an all-star. It is fair to wonder what happens to the competitive drive of a talented athlete forced to be the face of a hometown franchise floundering under the mismanagement of owner and fellow homeboy Chris Ilitch.

By also owning the Tigers, Ilitch and his family rule two local sports embarrassments to go with their broken promises of real estate development that they used to leverage public support for their new arena in the old Cass Corridor. Ilitch rarely accounts for hisfailings.

But, shouldn’t he answer one question: Hey, Chris, is it time to sell one or both teams and let someone else try?

The same question is increasingly posed – even by sign-carrying fans -- to Martha Firestone Ford, the 94-year-old matriarch of Detroit’s most famous family. The Fords have owned the Lions since the day John F. Kennedy died.

This season’s failings included an unsavory note when the Lions refused to come clean about Stafford’s back injury until shortly before their Nov. 10 loss at Chicago.

The Lions were fined $75,000 for the subterfuge. Also fined were general manager Bob Quinn ($10,000) and coach Matt Patricia ($25,000). While failing to bring Bill Belichick’s winning style from New England to Detroit, these two apparently have transplanted the “Patriot Way” of cheating.

Other Lions’ blunders are less sneaky.

Remember the opening game of the 3-12-1 season, a 27-27 tie at Arizona? In overtime, Stafford tried to drive his team downfield for a victory.

But his apparent first-down pass was nullified when someone on his sideline called timeout just before the snap, causing the stunned Stafford to approach the bench and his coaches while shouting “Trust me!”

So who do you trust in the near future on this miserable Motor City sports scene? Certainly not Quinn, Patricia and the Fords. Maybe one candidate for optimism is first-year Red Wings’ general manager Steve Yzerman, a wise (and obvious) Ilitch hire.

The former Wings’ captain built a good team in Tampa Bay. He certainly understands the Detroit sports mentality and the peculiar ways of the Ilitch empire.

Perhaps another cause for optimism might be Pistons owner Tom Gores, in his ninth season, gradually and earnestly learning how to build a team.

Gores must know it took many years for Mike Ilitch (Chris’s dad) to build the Wings and the Tigers into winners. In those cases, the elder Ilitch banked on the good will of the dedicated Motown customers.

More than fans in some cities, Detroit sports supporters tend toward patience, forgiveness and optimism. We have seen better days, they reason, and hope for their return.

Nevertheless, in the meantime, the last place you want to be is in last place.