Everyone knows Detroit's got talent, so casting directors for an upcoming Broadway show this weekend will audition male singers with dance skill for roles that'd be a huge break.

Saturday's visitors are scouting prospects to portray Michael Jackson in "MJ the Musical" from his teens to age 30, as well as a younger actor who can appear to be the future king of pop at age 10 -- near the start of his years with The Jackson Five. 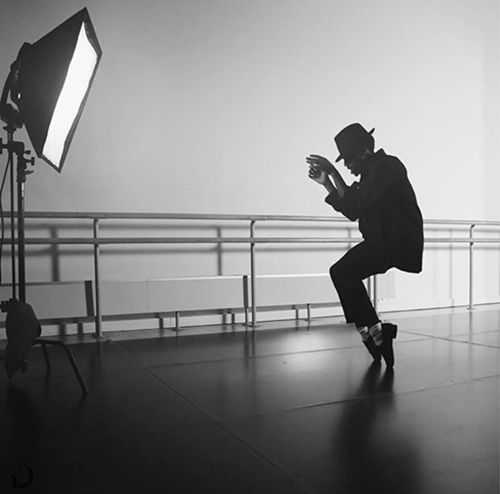 Open auditions will be at the DoubleTree at Fort Shelby, 525 W. Lafayette in downtown Detroit, from 10 a.m.-12:30 p.m. Sunday. Reservations aren't needed, but expect a long line and more than a few fedoras and sparkly white gloves.

Information can be requested by emailing audition@mjthemusical.com. Video submissions also are accepted there.

Hopefuls "must possess the singing and dancing chops for the role of Michael Jackson at various stages of his life," according to a handout quoted by The Detroit News. The national search starts Saturday in Chicago and Washington, and also includes Philadelphia, Atlanta, Los Angeles and New York. Understudies also will be cast.

The starring role is filled by Ephraim Sykes, 34, who earned a Tony Award nomination last year as David Ruffin in "Ain't Too Proud to Beg." Two years earlier, he was in "Detroit," Kathryn Bigelow's film on the 1967 riots. 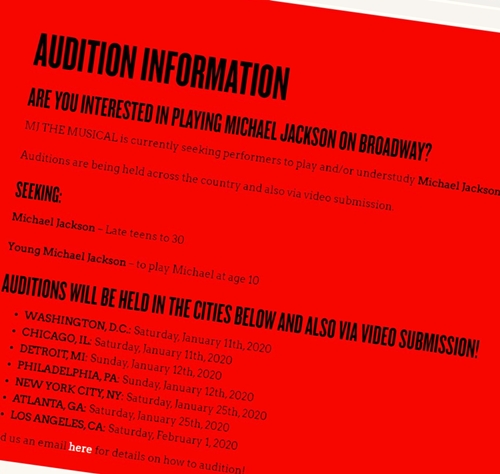 Here's what the publicity team drops:

"The show takes audiences behind the scenes as Michael prepares for the 1992 Dangerous Tour, providing an in-depth look at his process. As Michael and his collaborators rehearse their epic setlist, we are transported to pivotal creative moments from his career.

"Featuring over 25 of Michael Jackson's biggest hits, MJ combines the singular talent of a cultural icon with the powerful storytelling of contemporary theatre."