From Dearborn, to the White House: Iranian Imam Posts Letter to Trump 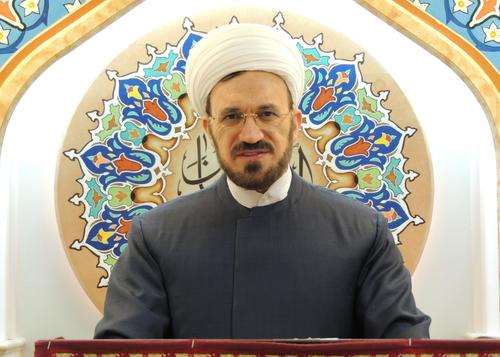 Ali Elahi, a Shia cleric and interfaith leader born in Iran, posted this open letter Sunday on Facebook. It's lightly edited for clarity and style.

This is New Year, which is supposed to be about peace, reconciliation, forgiveness and friendship, not about war, violence, bloodshed and terrorism.

I didn’t vote for you, but now that you are the U.S. president and speak on behalf of our country, I have to share my feelings as an American citizen.

I am deeply hurt and disappointed with the way you are running our beautiful country.
In the last three years, the majority of us, the American people, have been suffering from many of your contradictory, misleading, false [tweets], talks and actions.

Many of your racist, hate-filled and demonizing statements against minorities, women, African Americans, Latinos, Muslims and other communities and countries, lacked any sense of wisdom, responsibility, respect, trustworthiness and leadership.

The way you treat your predecessor, President Obama, and anyone who may disagree with you, such as the late Congressman [Elijah Cummings] and his district has been so disgraceful. In your recent trip to Michigan, your statement about our late Congressman John Dingell was extremely shocking and shameful.

Your political path not only inspired the Islamophobic forces, but it also emboldened the supremacists who screamed anti-Semitic slurs in Charlottesville and other places.

The most tragic and irresponsible parts of your expressions and actions are related to your foreign policy.

You didn’t take any positive steps to win the minds and hearts of other nations that look up to America as an example of democracy, rule of law and respect for justice and human rights.

Out of all leaders in the Middle East, you paid attention only to Benjamin Netanyahu, who has been indicted by an Israeli court on three major crimes and to the kingdom of Saudi Arabia that is known as a corrupt and repressive regime with zero tolerance for any civil rights and freedom of expression.

You showed no sense of American integrity, empathy and consciousness for the suffering people in Yemen, Gaza, Libya, Afghanistan, Syria and now in Iraq and Iran. 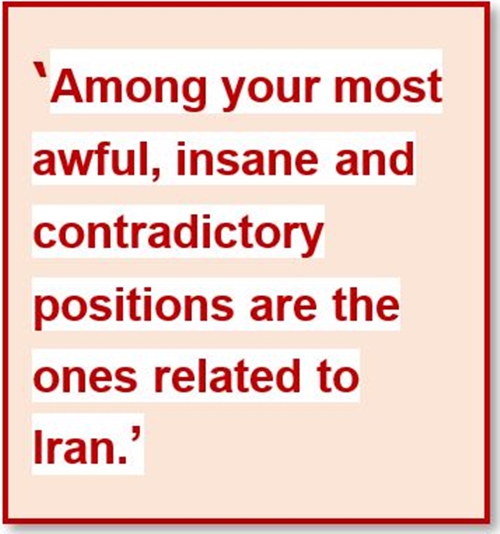 Regarding the unbelievable slaughter of Jamal Khashoggi, you traded morality with money and supported the murdering monarchy against a poor journalist.

Among your most awful, insane and contradictory positions are the ones related to Iran.

Diplomacy and [dialouge] was working with Iran. The nuclear negotiations united America and [world powers] and promised peace in the region, but out of your disliking to your predecessor, President Obama, you withdrew out of the treaty, violating an international agreement.

You mentioned your admiration of the Iranian civilization and said that you love Iranians, but at the same time, you imposed a travel ban and maximum economic sanctions that have killed Iranian children with cancer because they have no access to their needed medicines.

On Jan. 2, you said: “I have deep respect for the Iranian people. They are a remarkable people with incredible heritage and unlimited potential. We do not seek regime change.” But today [Jan. 5], you threatened to “target 52 Iranian sites, including some that are “important” to the Iranian culture.”

Are you familiar with the 1954 Hague Convention that considers targeting cultural sites as a war crime? Do you remember that only ISIS in this century was blamed for these kinds of crimes?

You said general Soleimani and his forces “targeted, injured, and murdered hundreds of American civilians and servicemen”. Really?

How come for the first time we hear this? 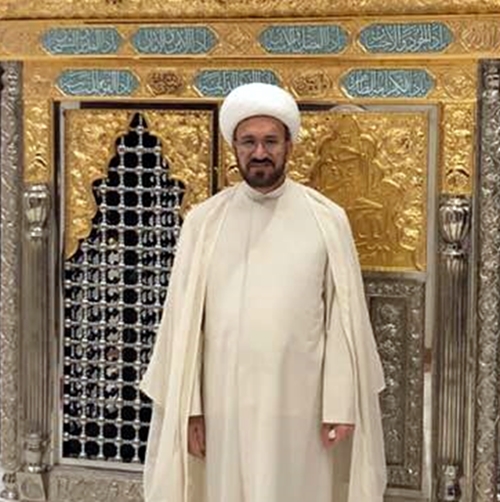 Mohammad Ali Elahi: How do you expect the Iraqi people and government to react?"
(Photo: Facebook)

Please show us your evidence! We remember you saying that on 9-11, thousands of Muslims were celebrating in Manhattan! No one saw such a thing and no pictures or video from such a scene were ever produced.

If you truly hate ISIS and you are serious about fighting ISIS, you would have known for sure that Soleimani was the real force behind defeating ISIS. He should have been rewarded as an honest ally in fighting terrorism and saving American lives.

Today, the Iraqi parliament voted to end the presence of the American army in Iraq. They called the killing of Soleimani and Abu Mahdi as political assassinations over the sky of a sovereign state.

UN Special Rapporteur Agnes Callamard questioned the legality of the assassination, and UN Secretary General expressed his opposition to the U.S. strike. Of course, we heard many of our congressional leaders’ opposition to the president's reckless rhetoric and actions as well.

As President Lincoln said, you can’t fool all the people all the time. You publicly said that you want to take Iraq’s oil and disregard Iraq’s sovereignty, but how do you expect the Iraqi people and government to react?

As a man of faith who loves America, Iran, Iraq and every part of God’s planet, I am saying that you were absolutely wrong in what you said and did in the last few days about Iran and Iraq.

It was not worth it to create this mess to distract our nation from the impeachment process or mobilize your political base for the November election. This life is too short and political pleasures are so petty to be exchanged with moral values and principles.

The funeral processions of those two generals and carrying their burned bodies are creating so much energy, solidarity and unity even among the groups who were located in opposite sides of their governments.

Even the Iranians, who disagreed with their government in Iran, have rallied around the government and consider the assassination of Soleimani as an attack on their pride. 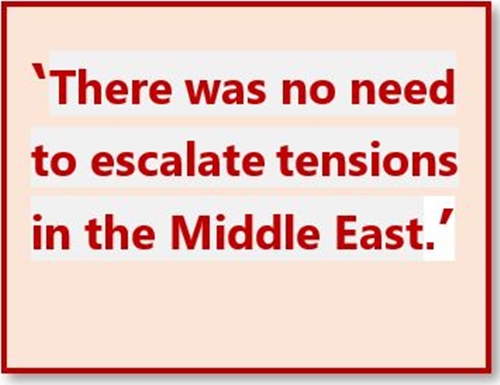 This unjustifiable and foolish attack turned the moderate religious leaders, such as Ayatollah Sistani of Iraq angry. The slogans of revenge and retaliation can be heard from every corner in Iraq and Iran. Among the world leaders, only Netanyahu praised your action and only the Saudi monarchy media and ISIS celebrated the assassinations.

You may see Soleimani as a terrorist, but now tens of millions of Iraqis and Iranians marching behind his coffin are honoring him as a charismatic leader, and collectively condemning your action and they categorize it as act of terrorism. So, I can see a lot that you lost out of this killing and wonder if you accomplished anything!

There was no need to escalate tensions in the Middle East, which already suffers from decades of death and destruction.

Even if you hate Barack Obama, listen, learn and remember this sentence from him: “Just because we have the best hammer does not mean that every problem is a nail.”

What is the solution?

If you are honest about lack of interest in war with Iran, and interested in ending the endless wars, and care about our men and women in uniform and still remember your pledge to bring our troops back home, not to send more, then this is my suggestion:

1) Please express your regret of what has happened since Jan. 3. Send a comforting condolence to the victims’ families.

2) Issue a courageous statement ending all illegal economic and travel bans and sanctions on Iranian and Iraqi and other targeted people and renew your call for dialogue and diplomacy.

3) You already saw that the worse economic sanctions followed with military operations didn’t make Iranians submit to your maximum pressures and pains. If you truly mean respect for the Iranian people and their intellect, integrity, hearts and heritage, please express it with your actions. I am sure they will respond to logic and love the same way.

Let's pray for peace, understanding, wisdom and the end of war, violence and terrorism in the entire of our global village!