Two months after a very public exit from Founders, its former executive spoke at an industry event in California. (Photos: Facebook)

A former Founders Brewing Co. executive who bailed amid a Detroit-related image crisis last fall steers her career away from a corporate payroll.

Graci Harkema, who received wide news coverage by posting a frankly worded resignation letter on social media, is now a self-employed consultant, trainer and speaker on diversity and inclusion in the beverage and food fields.

She left the prominent Grand Rapids brewer Oct. 25 over differences with its two founders about their responses to a racial discrimination lawsuit by Detroit taproom employee Tracy Evans. "You are [more] concerned with the ego of 'winning' than you are with the loss of customers, loss of reputation and the loss of employees' well-being," she wrote, ending 11 months as the company's first diversity director and inclusion director. 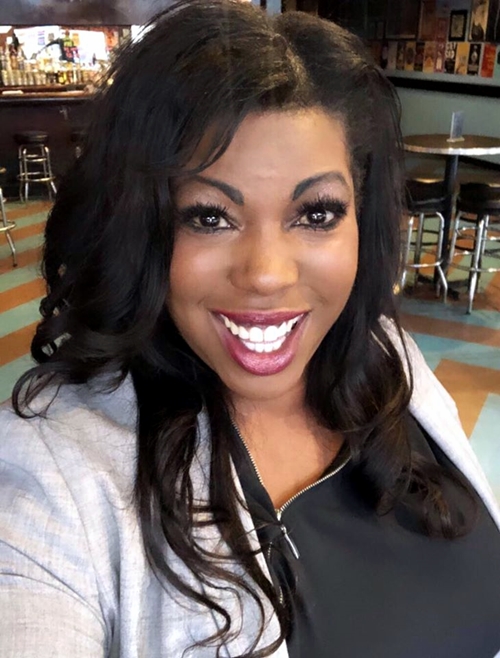 Graci Harkema hopes to "help empower others and ... uplift the voices of those who haven't been heard."

"Your actions have explicitly shown that you are more interested in the optics of my face than the impact of my voice," her letter added. "I have dedicated myself to a life and career of equity, ethics, integrity and morals. I cannot represent a company who doesn’t stand for the same."

Now Harkema, 34, is in business for herself as Graci LLC. She spoke last month at a beer industry conference in Santa Monica, Calif., and earned Grand Rapids Business Journal coverage two weeks ago.

Within a week of her resignation, Harkema received five job offers from companies based in Grand Rapids, two from national companies, and eight or nine potential contract opportunities from other breweries, distilleries and restaurant groups.

"They communicated to me that my resignation sparked in them that they wanted to ensure that they had equitable practices in their businesses and didn't want to fall into the footsteps of others that didn't have as equitable of practices," Harkema said. . . .

"If my voice can help empower others, and if I can uplift the voices of those who haven't been heard and other marginalized groups and identities, then that's exactly what I'll do."

At last month's Brewbound conference near Los Angeles, where attendees included executives from MillerCoors, Harkema says she spoke "about how we can move toward equity within beer, and what are some missteps that we’ve seen, and how can we learn from that."

Harkema advised craft brewers to connect with business groups, such as local chambers of commerce, to hire employees from underrepresented communities. She noted that many new craft breweries open in neighborhoods where the residents are often more diverse than the staff and clientele.

"By ignoring the issue, it only gets larger," she said.

Back in Detroit, Founders hasn't yet reopened its Charlotte Street location in Midtown, shut since Oct. 25. "We plan to reopen in early 2020," the brewery website says.