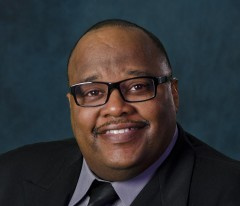 The embattled UAW -- for decades thought of as an exemplary union -- could end up under federal oversight, as the Teamsters were years ago.

When a long criminal investigation into the union ends, U.S. Attorney Matthew Schneider told the Detroit Free Press Thursday, the Justice Departmnent could move to oversee the union that has been plagued by indictments at the top.

"What we need to do is get the criminal cases further," Schneider said, adding "we'll be in a better position [to consider a takeover] nafter that is done."

"All options are on the table. And that is one of the options," Schneider said. Oversight could include a consent decree and changes in how leaders are elected to make the process more democratic. he adds.

So far, 13 ex-UAW and Fiat Chrysler Automobiles officials have been indicted and three presidents in a row have come under scrutiny including current President Rory Gamble. More charges are expected.

The Freep article by Tresa Baldas and Eric Lawrence emphasizes that Gamble is not a target of the corruption investigation, but that the FBI is looking into financial ties between him, retired UAW Vice President Jimmy Settles — who now works for Detroit Mayor Mike Duggan — and a vendor named Jason Gordon, who supplied UAW trinkets to the union, such as T-shirts and key chains.

In 2015, The International Brotherhood of Teamsters and the federal government agreed to end 25 years of oversight aimed at fighting corruption and Mafia influence.