Video: Fight Night Fridays at the car wash on Fenkell are 'a Detroit thing' 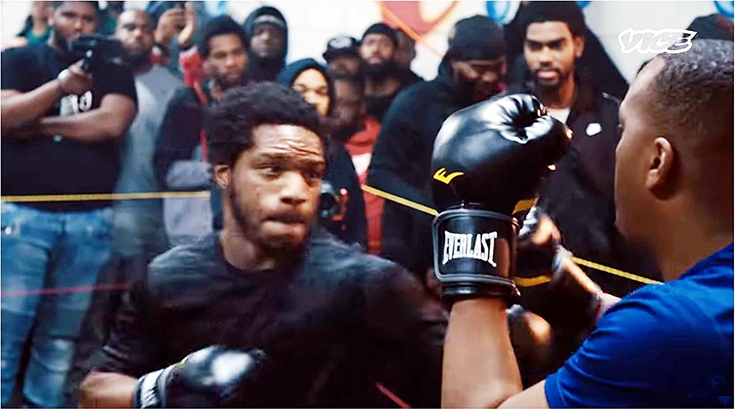 "You can really let it all out, settle your differences," the organizer says in the film below. (Screenshots: Vice)

The new 15-minute documentary below takes viewers inside "a whole different side [of Detroit] that you might not even know about," as one west-sider says.

The film from Vice magazine, "Guns Down, Gloves Up," explores an anti-violence initiative not started by the city, a university, a foundation or another nonprofit. It's a street-level gathering on Friday nights at Family Car Wash on Fenkell Street that involves boxing gloves, a ten-by-ten ring, betting, weed sales and spectators sipping from bottles, cans and Solo cups. 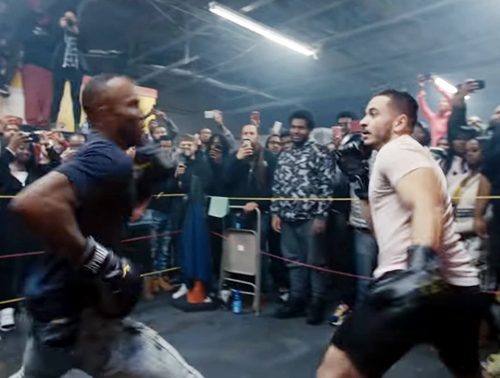 "We're tired of all the guns and the violence."

"We traveled to Detroit to see how an underground fight club run out of a local car wash has taken matters into its own hands by allowing rivals to settle their 'beefs' before the violence gets out of control," the Montreal-based magazine posts on YouTube, where its short feature passes 450,000 viewings in three days.

"Friday night boxing -- it's a place where you can come to let out your anger," says the unnamed organizer, who appears to be the car wash owner or manager. "You can put the guns down and you can really let it all out, settle your differences."

In addition to fight footage and conversations and with gun-packing residents, scenes include screeching street donuts outside the car wash and post-fight coneys with chili fries at Detroit One Coney Island on West 7 Mile at John R. Slices of pure Detroit, in other words.

Fights take place on the bare concrete floor of the drive-through business on Fenkell near the Lodge Frewway, between Wyoming and Livernois. Amenities don't include protective headgear, but do feature a folding card table with pot buds and edibles, as well as masseuses for sore muslces. The BYOB scene draws dozens of spectators, many taping the action on phones held high. 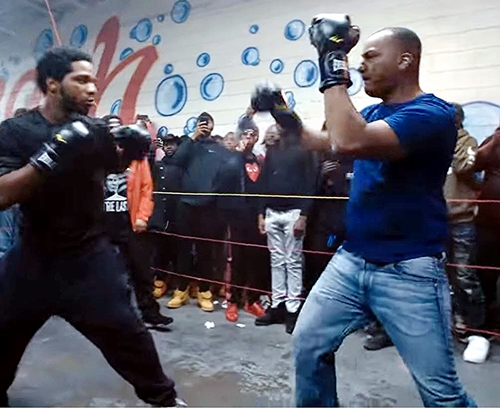 "You got a beef in the street, you gonna settle that shit in the boxing ring."

These are among their voices:

"There was so much beef goin' on in the car scene -- a lot of talkin' about pulling guns, killing each other. We came up with an alternative, which was Fight Night Fridays at the wash."

"People getting killed every day, it's just not worth it. We just tryin' to put out a whole different side that you might not even know about. ... It's a Detroit thing."

"Even if you get knocked down, it's a place where you can get back up. If you get shot and killed, there's no getting up from that, you know? So that's what we're trying to stop at the car wash."

"You got a beef in the street, you gonna settle that shit in the boxing ring."

"We're tired of all the guns and the violence. We don't wanna do that, you know what I'm sayin'? We gotta find other avenues to keep ourselves busy, to keep us positive, to keep us together."

"You grow up thinking you gotta do things a certain way to get recognition from your peers."

"And with all that status quo comes violence."

The film is directed and produced by James Burns, an award-winner on Vice's staff who also does some of the camerawork. Michael Lopez is the director of photography and Robert LeBlanc served as local producer.