They had access, opportunity and temptation to zip around in a pair of their employer's 2020 Chevrolet C8 Corvette Stingrays. They also had enough testosterone to go for it.

Alas, a trooper's flashing blue lights ended the after-hours lark by GM engineers Alexander Thim of West Bloomfield and Mark Derkatz of Windsor in Bowling Green, Ky. They apparently were visiting the plant that builds the flashy, zippy sportscar.

Derkatz, 30, joined GM at the Warren Technical Center in January 2016 after graduating from the Univertsity of Windsor the previous year. He is co-chair of what the company calls an electrical issue resolution team, his LinkedIn bio says. 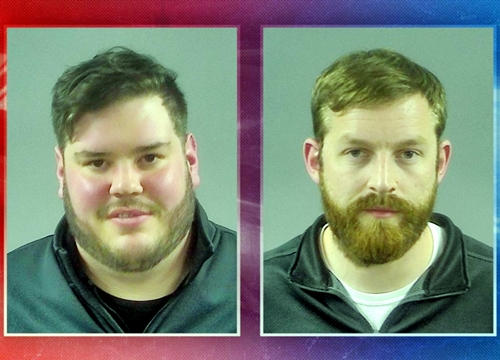 The magazine, which says the C8 "needs a racetrack to exploit its full potential," reports on a fantasy gone foul. The pair were cited last Wednesday around 11:20 p.m. for speeding, reckless driving and racing on a public road not far from the Corvette assembly plant.

They told the trooper they had just visited Cue Time Cocktails and Billiards, according to WTHR-TV.

Police also said there was an odor of alcohol on both drivers’ breath.

Thim and Derkatz appeared in court Thursday and are expected back on Feb. 18. They were released from Warren County Jail on a $1,000 bond.

"We are aware of an incident involving our test vehicles and are currently investigating," GM says in a statement reported by Automobile Magazine. 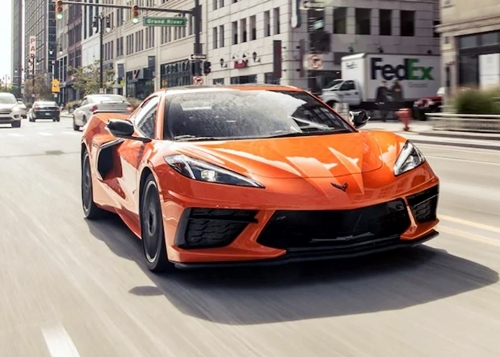 Thim allegedly got his red 'Vette C8 (not this one) up to 120 mph, while his Warren Tech Center colleague is accused of hitting 100. (Photo: Chevrolet)

Thim was clocked at 120 mph in a red Corvette and Derkatz is accused of hitting 100 mph in a white one, according to WNKY-TV of Bowling Green. A third Corvette driver didn't speed, a Kentucky State Police report says.

The two accused speeders were taken into custody for booking, arraignment and the mug shots above. Their fleet cars were towed.

It "can grab 60 mph in three seconds on its way to a top speed of 194 mph," says The Drive in coverage of the incident, which it calls an "effective-if-unorthodox demonstration showing the C8 has more than enough power."

Matt Brown, a writer at Jalopnik, an auto news site, posts about the clear lesson here:

Engineers are purportedly smart people, but I’ll be the first to admit we can be a bit dense sometimes. This, however, appears to be some next-level stupidity.

Remember kids: If you street race, you are dumb and bad. If you do it in a company test vehicle, you are preposterously irresponsible and probably unemployed.

In addition to the Chevy manufacturing plant, Bowling Green is home to the National Corvette Museum.