How did MSU become Rape U? By gambling on high-risk players

What sort of school recruits a football prospect who's been a sexual-assault risk since the age of 11? 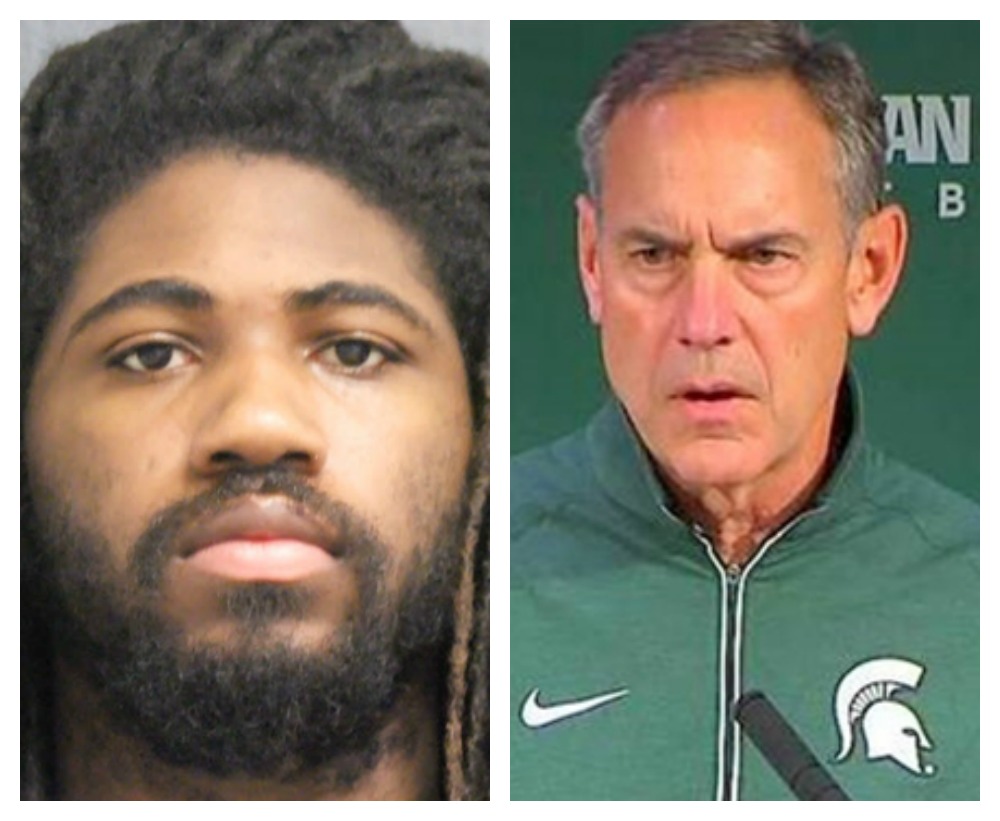 Tony Paul at The Detroit News files a deep dive into the story of how Michigan State's football program went astray while reaching for a higher level. The staff raised its recruiting game, but found itself dealing with multiple incidents of players accused of sexual assaults on campus.

All of this happened as the Larry Nassar case was unfolding, putting MSU in the spotlight as a school where the abuse of young women was swept under the rug. 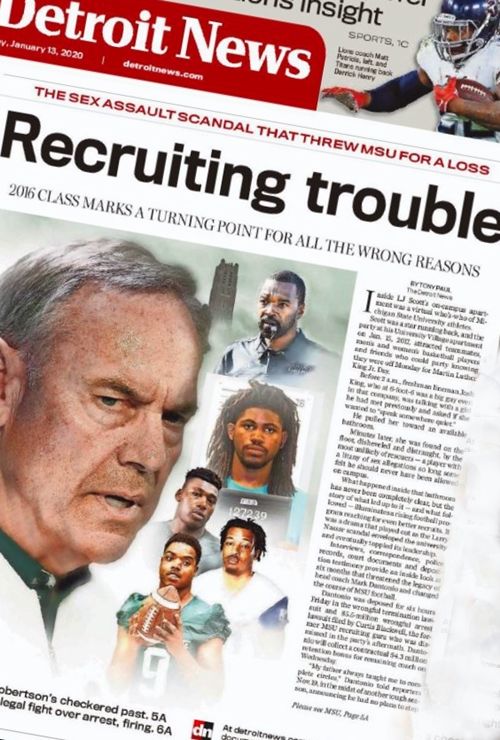 The opening anecdote illustrates how strange the situation is, with a young woman assaulted in a bathroom by multiple players, then saved by another player, Auston Robertson, who had been banned from his own high school because he couldn't keep his hands off female classmates:

Before 2 a.m., freshman lineman Josh King, who at 6-foot-6 was a big guy even in that company, was talking with a girl he had met previously and asked if she wanted to “speak somewhere quiet.”

He pulled her toward an available bathroom.

Minutes later, she was found on the floor, disheveled and distraught, by the most unlikely of rescuers — a player with a litany of sex allegations so long some felt he should never have been allowed on campus.

It's a strange story, with the detail that Robertson -- the player referred to in the infamous "I have a daughter on that campus, and I wouldn't feel comfortable with Auston Robertson being on campus with my daughter" statement by a coaching staff member -- has a history of sexual-assault threats dating back to when he was 11. Recommended.