In what should not be a surprise to anyone, the man accused of killing and mutilating the corpse of Kevin Bacon of Swartz Creek appears to have a long history of psychotic mental illness and violent threats against partners, the Free Press reports. 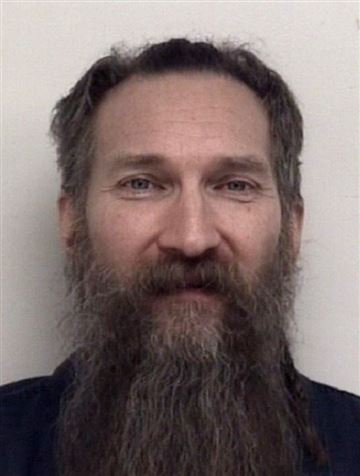 Once Mark D. Latunski was a relatively stable, well-paid chemist, married and a father of four. But on Christmas Eve, he is suspected of luring Bacon to his home for a hookup arranged on Grindr, a dating app. He is said to have stabbed Bacon to death, strung up his corpse, castrated him and ate his testicles.

The Freep story reports the known details of Latunski's life, including his early promise as a chemist, his two marriages and the apparent mental illness that plagued his life:

Latunski has a long history of mental illness, according to divorce filings by his ex-wife, Emily Latunski. The two were married in 2001, divorced in 2013 and had four children. The Tyrrell Road dwelling was their marital home.

Latunski was diagnosed in 2010 and 2012 with severe, recurrent and chronic major depression with psychotic features, adjustment disorder with depression and anxiety with paranoid schizophrenia, and borderline personality traits, according to an August 2019 motion to suspend parenting time.

His condition can be treated with medication, but Latunski has a history of not taking it, according to his ex-wife’s court filings.

When he doesn’t take his medicine, he’ll watch torture/horror movies, talk to himself, stay out all night, threaten to get rid of his children’s animals, claim their son isn’t his child, and fail to shower and shave, she said in a 2013 filing.

The case should serve as a cautionary tale for those who use dating apps, a Michigan State Police lieutenant said. Meet in public places, he advised, and let others know where you're going:

"It doesn't matter if you're straight, gay, bisexual, transgender – it's 2020 and it's okay," he said. "In the society we live in, in this culture nowadays, you can tell somebody. Let somebody know where you're going.'"