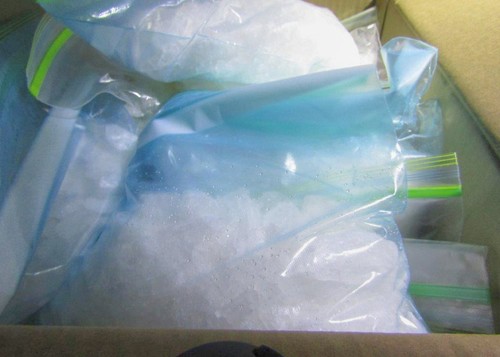 That's a lot of meth, eh? Canadian border officials say they seized 400 pounds of the substance as a Canadian tried to smuggle it across the Detroit-Windsor border on Christmas Eve. The haul, valued at $20 million, is the most meth the Canada Border Services Agency says it's seized in seven years.

Mohamed Ahmed Abdirahman, 36, has been charged with importation of a controlled substance and possession for the purpose of trafficking. He allegedly drove the meth across the Ambassador Brdige in a commercial vehicle. His next court date is set for February.