Unfinished Grosse Ile Mansion With 19 Bathrooms Listed for $29 Million, but Sells for $3 Million 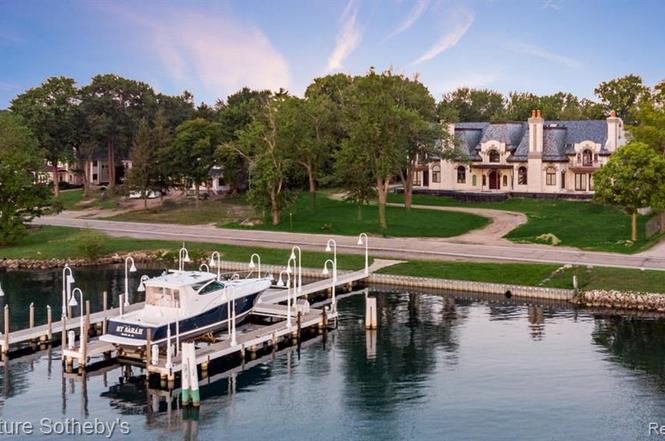 A Grosse Ile mansion that was under construction for more than a decade, and listed for $29 million in 2018, has sold for far $2.95 million, Sarah Rahal of The Detroit News reports. It was only 75-percent completed.

The custom home at 20638 E. River Rd. is 16,855 square feet with eight bedrooms, 19 bathrooms (eight full), a pool inside a conservatory, a theater and an aquarium.

It was listed for $29 million in early September 2018 by Signature Sotheby's International Realty of Birmingham. The price dropped dramatically multiple times.

John C. Bates, chief executive officer of Heidt­man Steel of Toledo company and his wife sold the home. They began planning the dream home in 2002 to fit a blended family of eight children and a few grandchildren, the paper reports.

Groundbreaking was in 2006 just as the recession was about to hit. Some of the kids grew up, things changed and they never completed their project.