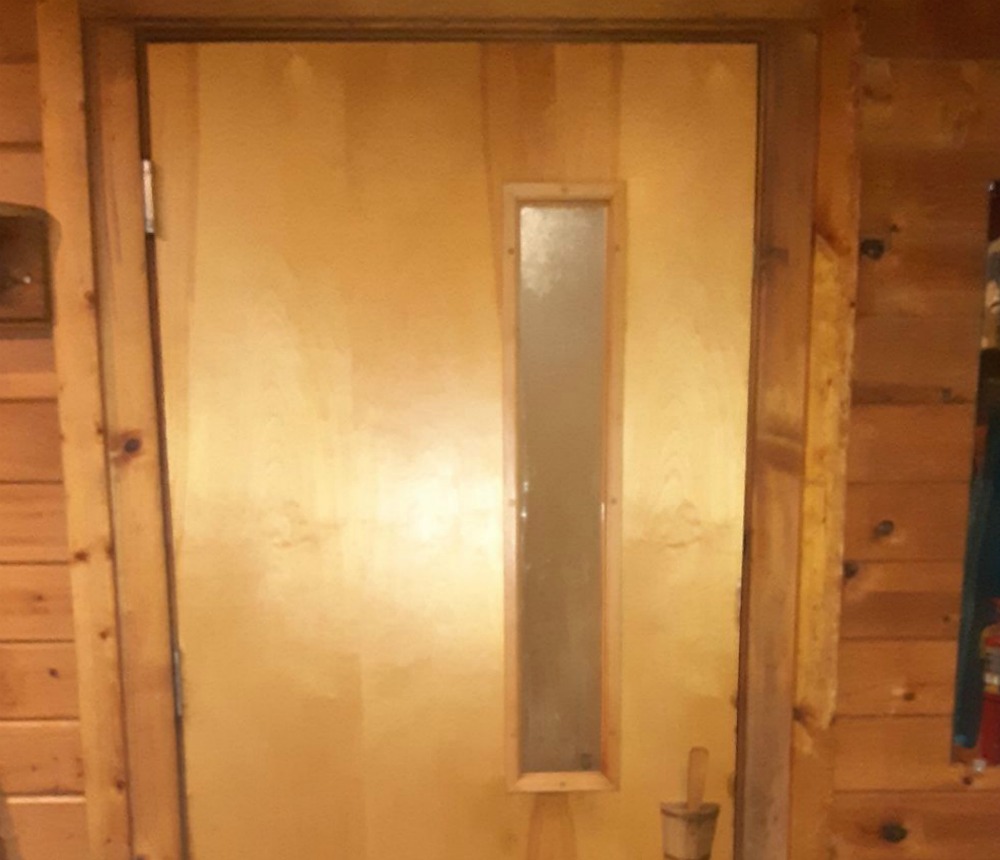 Things are steamy inside.

The temperature in the sauna was a cool 200 degrees, and so the bubbles had gone flat in the cocktail of the hairy white man.

“The thing with Trump,” he began to say to no one in particular. Then he caught the disapproving eyes of the other dozen naked white men sharing the hot box.

“Ah well, never mind,” he mumbled into his glass. “I probably shouldn't talk about it anyways.”

Deep in what once was the backwoods of Oakland County, there is a rustic compound consisting of a wooden sauna house, a few dozen A-frame shacks and a small lake. It is a European ethnic club both modest and tidy – not unlike the black barbershops in the city– except the habitues this evening were specifically middle-aged white-men, whose bodies long ago had succumbed to gravity while strange sprouts of hair seemed to defy it.

Wild displays of politics are verboten here. The hairy man, in fact, had been shunned weeks earlier for his belligerent defense of the president.

Sight of the Low Hang

He seemed the exception, however, among this group of white men. The others spoke of the state of things in America a more subdued and nuanced way, careful not to offend others. The sight of the low hang of another man's organs has a leveling effect, it seems.

The economy took a dump, and now the stock market is higher than ever, and real estate is unaffordable, said one. How? It seems like we skipped a step in there. What actually happened to make all this possible?

Like most Americans, they were angry at the political and financial establishment whose stewardship of the country has left some of them sleepless and anxious. They were not rich men, but not poor. Some employed people. Some were employees. They pay taxes without complaint and raise children with pride, and when their parents grew infirm, they brought them home to die with dignity.

There was something of a dustup between the old guard and the younger set recently over the use of marijuana on the premises. A compromise was reached, allowing reefer to be smoked on the lake shore, thus holding together the integrity and democracy of the community.

Like men in the black barbershops, they sipped beer and talked cars. They talked about street run-off from the encroaching development of box stores and McMansions surrounding the lake, visible this time of year through the naked trees.

The bees are dying, said one graybeard who at one time kept 50 hives. And you have to keep an eye on the newcomers, he said, because they'll bitch and the city will force to take them down.

Among them was the Advertising Man. The Photographer. The Sculptor. The Mechanic. The HVAC man who had recently been fired, and spent the better part of the evening convincing himself that everything was going to work out fine.

The casual visitor would be convinced that this room was not a hotbed of racial animus. It was not an incubator of backwoods white nationalism. These men don't bitch on Facebook. They don't post rants against immigrants. They are in fact, the offspring of them.  It is worth knowing this, since white men are 30 percent of the country. And if either political party wishes to claim the Midwest, these are among the people they'll have to convince. The media will arrive soon, since it is election time, to study them like zoo animals.

We're nobody's enemy, said a plump man sitting on the upper bench in the blistering steam. I don't like to be seen as that. Nobody does. Some of us are liberals, some are conservatives. But we're all Americans.

After a few hours of sweating, the men toweled off, dressed and headed for a cabin to share a pipe and a fire. All except the gristly man with the bubble-less cocktail. He slipped quietly into the night.

The HVAC man continued to convince himself that good times are around the corner.

“It always does,” said his friend. It was a half-lie, but that's what reasonable men do.