The author is a Metro Detroit freelancer. 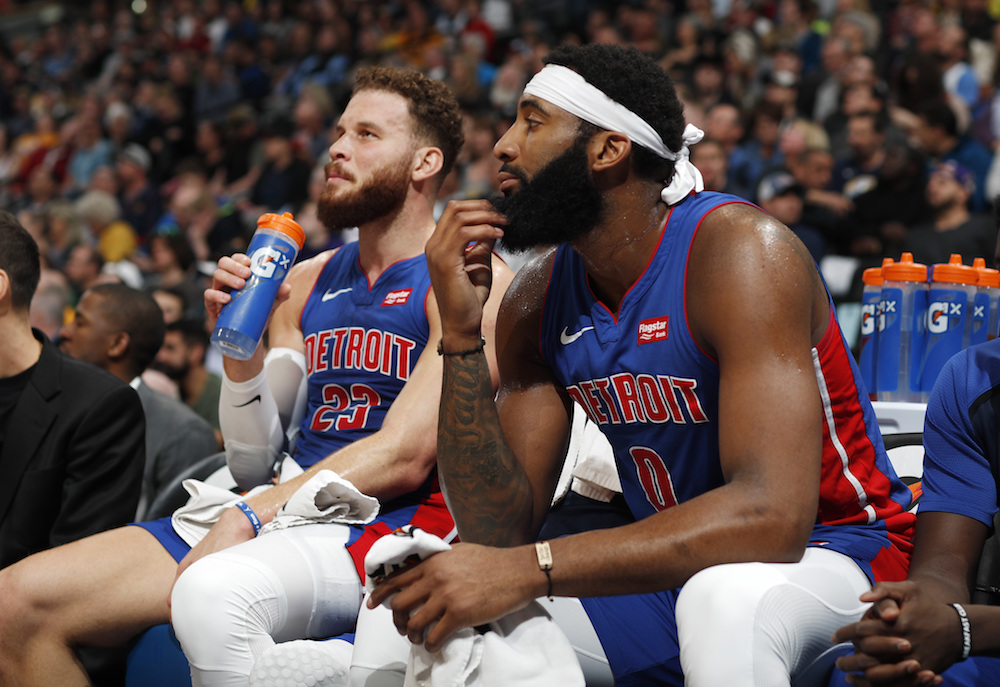 The eight-year tenure for Andre Drummond in the Motor City will likely soon end.

As a free agent at the end of the season, and with the Pistons not expected to pony up another massive long-term commitment, it appears Drummond could be traded so he's not lost for nothing at year’s end.

But how will the Drummond experience in Detroit be remembered?

For a double-double machine with multiple All-Star games under his belt, one might think memories of the 6-foot-10 center would be near-unanimous in their positivity. But the opinions of Drummond have always been more complicated than that and have often split the Pistons fan base right down the middle.

Is he a top-shelf NBA player that was unlucky to get stuck on a middling organization for nearly a decade of his career? Or is the unending mediocrity of said team a direct result of Drummond’s own inconsistencies?

In a legend's shadow

The best-case scenario for Drummond -- a limited offensive player with tremendous size and athleticism -- would have been to become Ben Wallace 2.0: forget about scoring, work like a demon on defense, protect the rim like its your firstborn and grab every critical rebound. 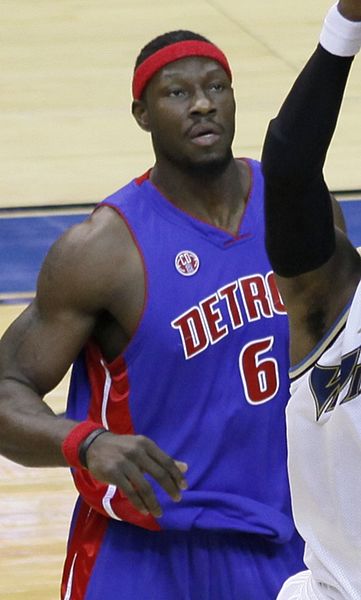 But when you watched Wallace, his work ethic stood out most of all. The gong that accompanied his every move on the court was a reminder that you were watching a completely unique NBA talent. What other player ever had their own personal in-game sound effect?

Big Ben’s impact never needed to be confirmed via box score; you remembered the charges he took, the shots he rejected, the put-back dunks so vicious they seemed to add another couple of inches to his famous fro. The “Going to Work” Pistons earned that moniker because of the man wearing No. 3.

Drummond never had that same deep-rooted fire. There were flashes, but the high motor was too often sporadic.  Maybe the relentless persona came easier to Wallace as a guy that was undersized and undrafted out of Virginia Union. As a lottery pick from hoops factory UConn, Drummond’s impact was expected.

Sure, as Drummond’s career progressed, his numbers ballooned. His scoring jumped from 7.9 points per game as a rookie to over 16 in just a few years. He began to lead the league in rebounding annually, with numbers even Wallace never reached. His free-throw shooting, long a source of his and the fans’ frustration, finally saw a significant uptick in year six.

And while statistics can serve as a factual measure of a player’s worth, they often don’t provide context or tell the whole story. For instance, there are simply more rebounds to go around in today’s NBA. Teams are currently grabbing more boards per game than in any season since 1977-78. For many years, 12-13 per night could get you the rebounding title. Drummond will likely snatch his third consecutive league crown this year at just a shade under 16.

Even Russell Westbrook, just 6-foot-3, tallied over 11 rebounds per game last year. With fewer offenses crashing the glass in today’s game, teams can essentially designate a particular player to grab all of the easy defensive boards. Westbrook hauled in a staggering 9.6 rebounds on the defensive end last year. Drummond clears over 11 a game on the defensive glass with no other Piston eclipsing 4.0 in that department.

Nobody would ever suggest Drummond is not a gifted rebounder or even deny he’s one of the best in the game. But the overall number might be a bit inflated and it sometimes exaggerates the actual impact he might have had on that game. You can watch all 48 minutes of a Pistons game and not necessarily come away thinking Drummond dominated the evening, though somehow he’ll still dent the box score for 13 points and 18 boards.

And what about the free throws? No conversation with Drummond is complete without addressing the longtime elephant in the room. The big man’s supporters will point to his massive jump in this department beginning in year six, his percentage rising from the high 30s (yikes!) to now consistently finishing seasons in the low 60s.

Credit where it’s due: Drummond did make that improvement. It’s something the aforementioned Wallace never figured out, playing 16 years in the NBA and not once finishing a season 50% or better from the line. But that word again -- context.

Say an everyday player in the big leagues spent the first five years of his career with a batting average around .140, then suddenly turned himself into a .220 hitter each year going forward. Does that mean he is now a good hitter? Is his bat now an asset to the team? No, the new mark is still ghastly, just less so.

But make no mistake. Said player’s at-bats will still hurt the team’s overall chances of winning a particular game, just like Drummond’s 60% at the charity stripe shrinks the Pistons already paper-thin margin for error each night. (To put his “improved” percentage in perspective, he ranks 112th out of 114 qualified free-throw shooters in the league.)

There are other facets of Drummond’s game that have become troubling.

He made the inexplicable decision last year to start hoisting 3-point shots. Yes, the NBA has become obsessed with the long-ball, but this strategy lacked logic or reason. Drummond was coming off a season where he attempted 11 3-pointers and made zero.

How did the experiment turn out? About as you’d expect.

Of course, those 69 possessions cannot be blamed in any large measure for the Pistons shortcomings during that same time period. There are a myriad of reasons that the franchise has fallen on hard times and those wayward shots represent a fraction in the pie chart.

But it illustrates something. A certain desire for in-game fun over an end-game result.

Rudy Gobert is a name that comes up on occasion as a comp to Drummond, though the center for the Jazz takes a different approach. His dedication is almost exclusive to the defensive end of the floor and he’s been honored with NBA Defensive Player of the Year honors each of the last two seasons.

Gobert is a humble 0 for 3 from 3-point range over his seven years in Utah, with just a single attempt coming in the last five seasons.

Could he drain a handful of those shots if he decided to throw up 70 of them over the next couple of years? Of course. But what would be the point? He knows where his strengths lie and that’s where his focus presides.

Maybe you see the Drummond tale through a different lens. Perhaps he’s been your guy since draft night in 2012 and those feelings haven’t waned. But are there actual individual moments you can recall from memory? Moments over those almost eight years that are unforgettable?

Unfortunately, the one that might stand out most is from the playoff-clinching night in 2016. The organization had not seen postseason play in seven years and Stan Van Gundy had finally reversed that trend. The Palace was on fire and the Pistons were celebrating as if the Larry O’Brien Trophy was about to be delivered to the locker room. But Drummond seemed put out and stayed seated on the bench.

Van Gundy didn’t want Drummond’s foul shots to become an issue in the final quarter, so backup Aron Baynes got the call to close the game. It was a sound coaching move, as Drummond went 2 of 5 at the line while Baynes canned 10 of 10.

It was just a snapshot, but one that should have given the Pistons front office pause before handing over a long-term max deal that summer, tying the fate of the franchise to Drummond’s uncertain rate of maturation.

Assuming a trade can be agreed to before the deadline on Feb. 6, these will be the last couple of weeks for Andre Drummond wearing #0 in the red, white and blue.

Maybe you wish the performance could go on a little longer. Or maybe you wanted the show to have ended much earlier.

Regardless, there are likely just a few more opportunities to see Drummond as a Detroit Piston.

And like every home game over the last decade for this scuffling organization, plenty of good seats still remain. 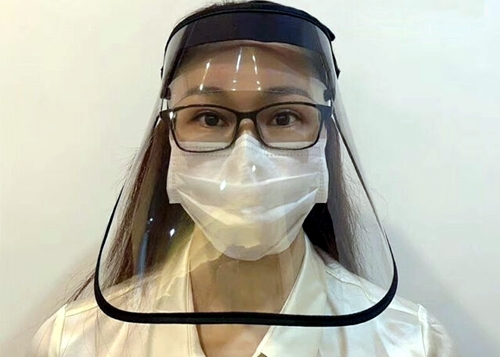