A northwest Detroit charter high school has an unusual way of helping students after they've graduated.

A full-time "alumni success coordinator" for the Jalen Rose Leadership Academy visits them on campuses throughout Michigan and keeps in email and phone contact, "inquiring about their grades, offering advice about personal challenges and listening to their anxieties," as Chalbeat Detroit describes the outreach.

Lori Higgins, a former Free Press reporter who's bureau chief for the education news site, describes how the school "reckons head-on with a reality that many schools serving low-income students face: Too many students head off to college and never graduate."

Some charter networks and private schools have launched initiatives to stay involved in students' college lives and academic success, but it's rare for standalone schools like Jalen Rose to employ someone just to work with graduates. 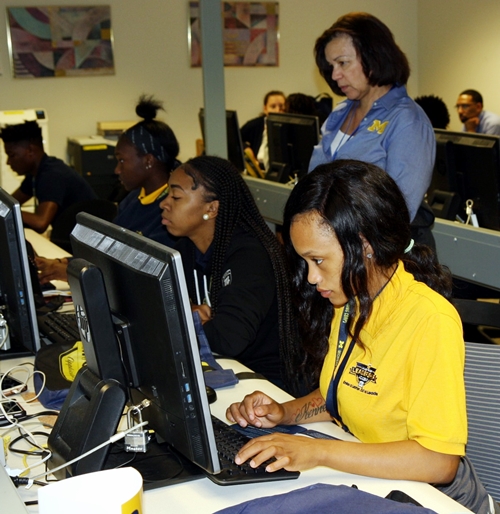 That person is Katherine Grow, 29, who taught at the academy from 2013-16 before taking on the alumni coach role. The school became her first employer after she graduated from the University of California-Santa Cruz. The 29-year-old Detroiter also has an education master's degree from the University of Michigan, where Rose graduated in 1994 as a member of the "Fab Five" basketball team.

The free public charter high school, which has 400 students, opened in September 2011 near Eight Mile Road and the Lodge Freeway. Its graduation rate is 93 percent, according to the academy.

Most seniors continue to college, which is where Grow comes in.

Every day, she calls, emails, or visits Jalen Rose alumni, inquiring about their grades, offering advice about personal challenges, and listening to their anxieties.

In the fall of 2019, Grow traveled more than 2,600 miles to visit Jalen Rose alumni at colleges and universities across Michigan. ... Grow often tears up as she greets the students on their college campuses, touched by how they've transformed into young adults pursuing their dream.

"That's the piece that sustains me, that makes me get up, that makes me drive two hours to a campus," Grow said. "We're doing the work to create the change that needs to happen. ... I've had a lot of privilege and I want to make sure that everyone is afforded that same privilege." 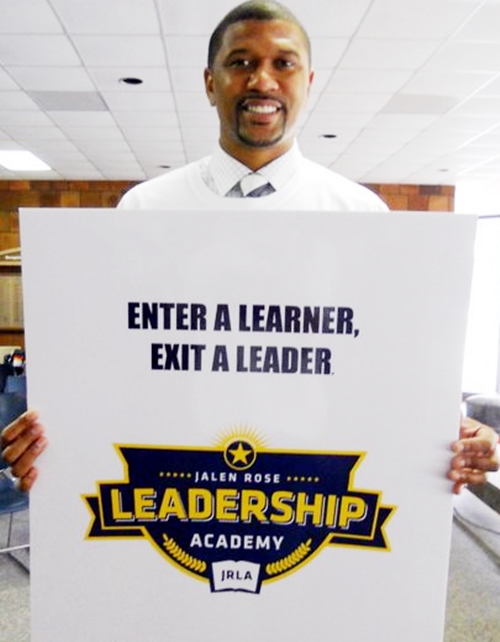 Higgins observed Grow in action "during a long day at Central Michigan University in Mt. Pleasant."

As she met with Jalen Rose graduates, she pointed out and asked questions about missing assignments and low test scores. She also asked direct questions about how the students are adjusting socially, offered guidance when roommate squabbles came up and checked to make sure the students weren't dealing with financial problems. If they are, or they have other problems they need help with, Grow works to connect them with the resources they need.

At the end of each meeting, she left each student with advice and an improvement plan.