M.L. Elrick Says This Convinced Him it Was Time to Quit Fox 2 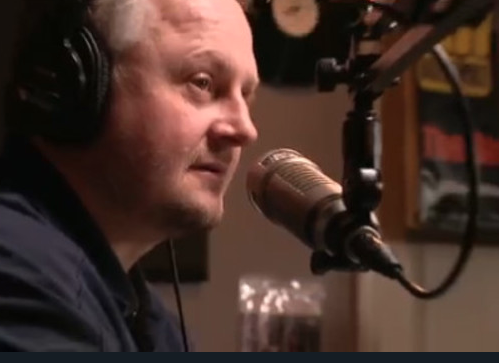 M.L. Elrick: "I'm not comfortable with those kind of questions." (Photo: Fox 2)

Investigative reporter M.L. Elrick knew he'd made the right decision to leave Fox 2 in December after the station declined to air his report that exposed wrongdoing by a big advertiser. In January, after he left, a scaled-back version of the story aired, minus a videotaped confrontation with the uncooperative subject of the story.

"Some of my concerns about the  way the story was handled made it easier for me to make my ultimate decision to separate," Elrick said Thursday on his weekly podcast, "ML Soul of Detroit," in response to a question by co-host Marc Fellhauer. After more than seven years at the station, Elrick quit.

The story in question centered around high-profile personal injury attorrney Lee Steinberg of 1-800-Call-Lee fame, who was accused by the Michigan Attorney Grieveance Commission of an ethical lapse.

Steinberg sent a subpoena to the Salvation Army seeking information about a client who may have been injured while working there. The law forbids attorneys from issuing a subpoena without filing a lawsuit.

Steinberg admitted wrongdoing, according to an October 2019 document from the State Attorney Discipline Board, which wrote that Steinberg "committed acts of professional misconduct by creating a fictitious case name and number to give the appearance that a case was pending so that he could obtain information via a subpoena." He was fined $765.

Steinberg, who is based on Southfield, is a major advertiser on Fox 2.

During his reporting, Elrick explained on the podcast that he called Steinberg for comment, but he hung up on him. So, he tracked him down in his office parking lot on Telegraph Road and asked whether Steinberg had done that before without being caught. Steinberg didn't answer.

That confrontation was removed from the final version of the story that was redone by Fox 2's Charlie Langton, a laywer himself, after Elrick left.

While still at Fox 2, Elrick finished his report, which was cleared by the company lawyers. Controversial stories often get screened by lawyers for media organizations.

Delay and no on-air promos

After that, he waited, but the story was "put on ice" and held more than a month.

"I was told that the station acknowledged that this was a story and that we would report on it," Elrick said on his podcast. "And I will just tell you that up until my last day there, I was inquiring, 'when is my  story going to air?'  And I was just told 'we will report on this,' and to their credit, they did."

Fox 2 typically promotes on air its upcoming investigations. It didn't happen in this case.

Deadline Detroit on Friday asked Elrick if the final version was toned down and aired without any promotions because Steinberg is a big advertiser.

"That seems to be a reasonable conclusion. I can’t swear that’s what happened but that's a question I have in my own mind and I’m not comfortable with those kinds of questions."

A detailed email was sent Friday afternoon to Fox 2 general manager Greg Easterly and to Claudia Russo, a Fox spokeswoman in New York. A phone message was also left for Russo. Attempts to leave a phone message for Easterly were unsuccessful.

Aside from the Steinberg story uneasiness, it was no secret that Elrick had been unhappy that the station had abruptly suspended his successful weekly podcast late last summer.

He had been broadcasting since February 2019 on Drew Lane's Red Shovel Network podcast group, initially with the permission of the station's general manager Mike Renda, who retired in June. Renda's replacement Greg Easterly was the one who put a halt to the podcast.

In September Elrick posted on Facebook: "It is with great regret that I write my podcast, ML's Soul of Detroit, is 'on pause' until further notice."

The show resumed in January after he left Fox 2.

► Listen to the podcast.