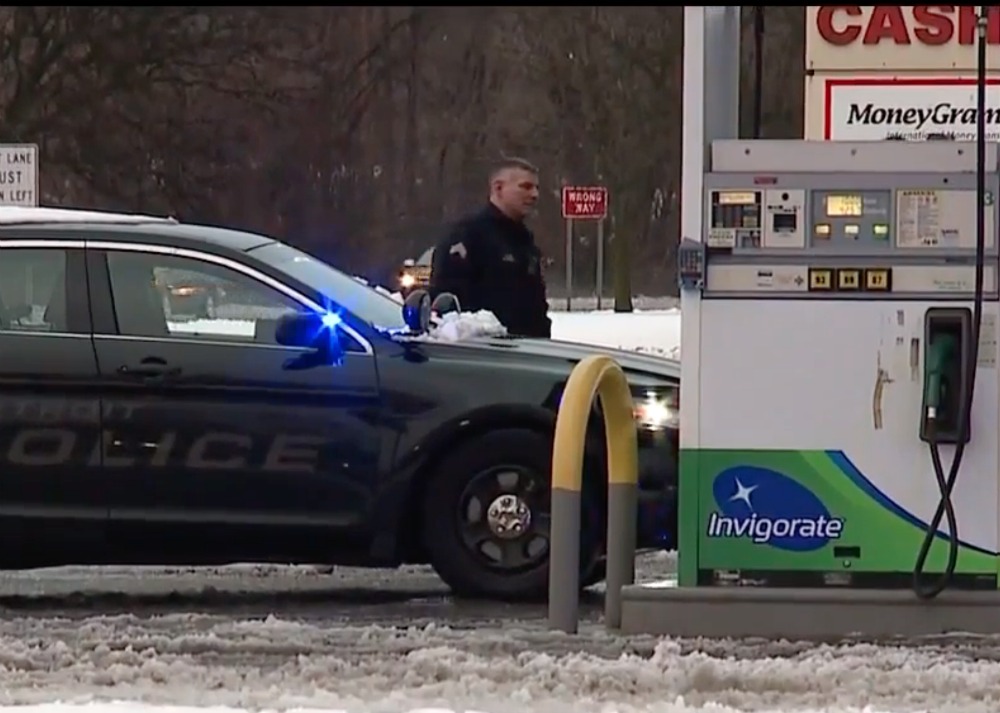 A Detroit Police officer shot and wounded a man in a stolen car on Detroit's west side late Saturday afternoon. The shooting happened after the man struck the officer with the vehicle at a BP gas station at 7 Mile Road and Telegraph.

"When those officers approached, they got out of their vehicle, approached the individual in the stolen car. He ended up hitting the gas," Assistant Chief David LeValley with the Detroit Police Department tells Jenn Schanz of WXYZ.

Afterward, the wounded motorist  sped down Telegraph toward 8 Mile Road, where he lost control and killed Maurice Johnson, 40, who was crossing the street. He was on his way to picking up his 2-year-old child at a relative's home after working at an oil change shop at 9 and Telegraph, according to WDIV.

The driver and the officer were hospitalized in temporary serious condition.