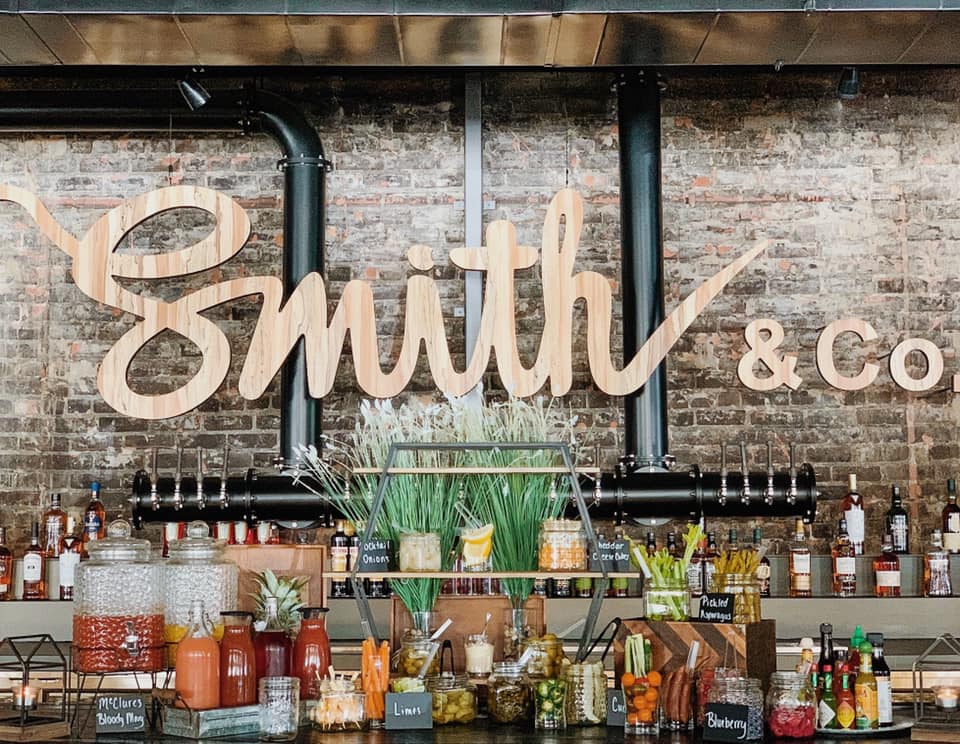 Smith & Co., a restaurant which opened last fall at 644 Selden in Detroit's Midtown, gets a rave review from Metro Times' Jane Slaughter.

In almost every dish I tried, the flavors at Smith & Co. (pronounced "and coe," not "and company") made my mouth happy. Each dish has a lot going on, but not to the point of distraction.

Chef Greg Antioho educated himself by deliberately taking jobs in different types of kitchens, including Indian and Vietnamese, so that he could "find the common links between all of them." (For example, he uses white soy sauce in an empanada instead of salt.)

As is becoming a mini-trend, the owners of Smith & Co. adopted the name that was already on the building — think Gold Cash Gold and Magnet (Radiator Works). The sign that says Smith Welding Supply Co. is not the original — that one did not include merry wine bottles — but the tiled floor in the entranceway dates back nearly 100 years.