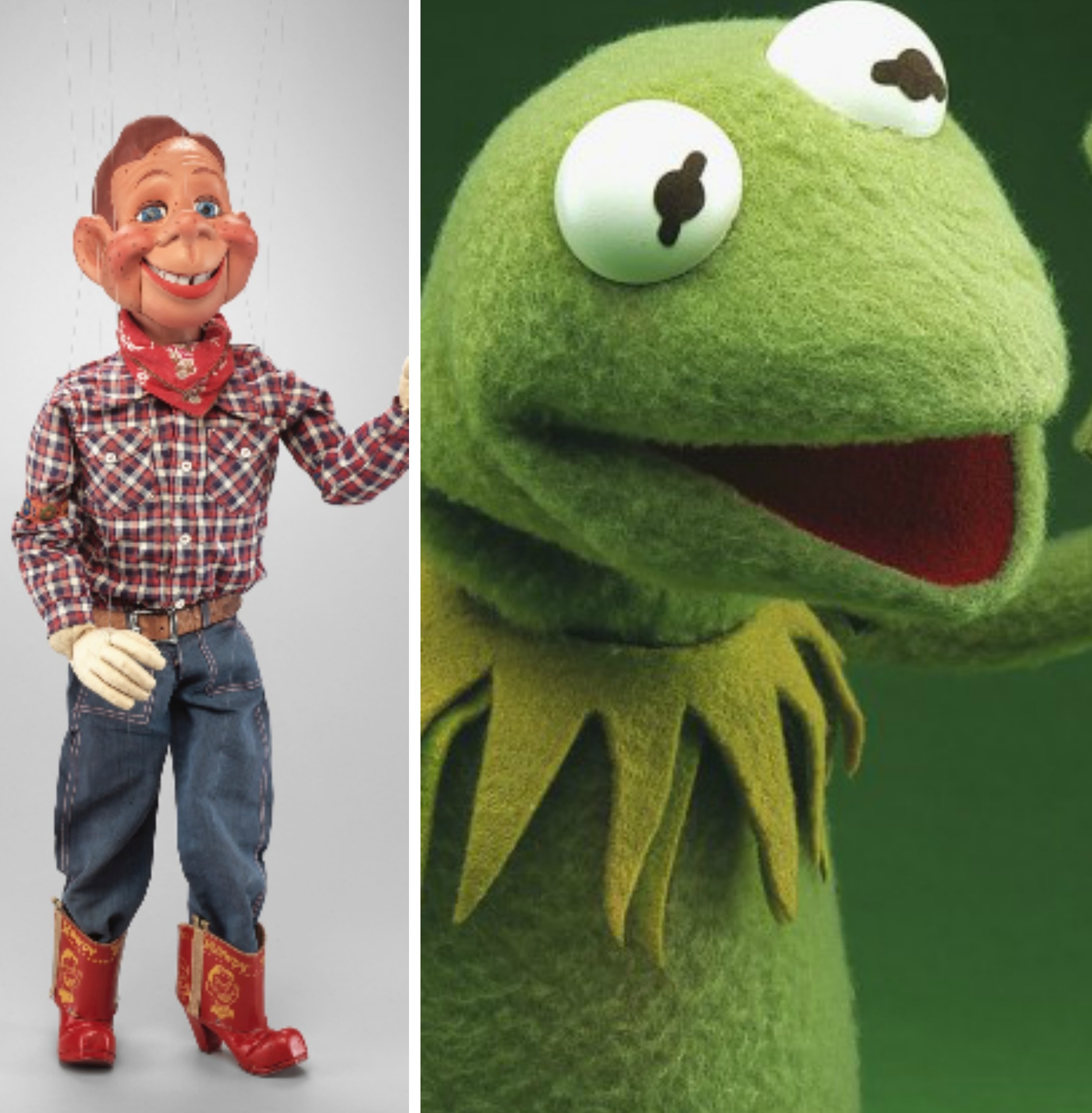 Kermit the Frog and Howdy Doody

A Kermit the Frog puppet created by Jim Henson in 1969 and donated by him to the Detroit Insitutue of Arts in 1971 is back on display at the DIA along with Howdy Doody unti late March.

Kermit first appeared in 1955 in the premiere of WRC-TV's Sam and Friends as a prototype Kermit, created from a discarded coat belonging to Henson's mother and two ping pong ball halves for eyes, according to the DIA site.

The DIA’s Kermit resembles The Muppet Show puppet, which debuted in 1976, except that it has a double crenellated collar.