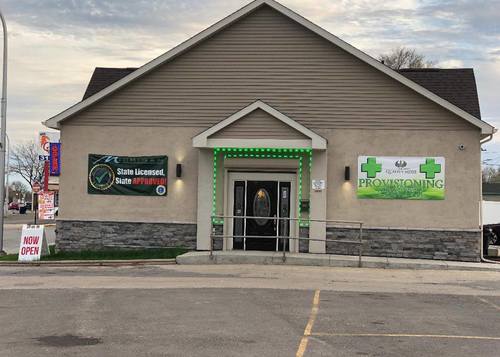 There's a pot drought in Metro Detroit as the state's new recreational marijuana program works out licensing and supply kinks. And there are four ways to beat it:

1) Go the old school/illegal route and cop weed from a traditional dealer.

2) Get a medical card and hit a dispensary — they're like $75 and there's a whole mess of qualifying conditions.

3) Grow weed, which you can now do legally.

4) Head to River Rouge, where the Free Press reports First Quality Medz has become the first dispensary in the tri-county area to sell recreational marijuana.

(Note: The above options are not organized in order of convenience or risk.)

According to the Freep, a little more than a dozen pot shops are operating throughout the state since rec sales began Dec. 1. About 35 have licenses, but many are not yet selling product due to what the paper calls "persistent shortages of flower in the marketplace."

That includes two shops in metro Detroit. Greenhouse of Walled Lake is the only Oakland County business with a state license. It reportedly plans to start selling buds by late February. Herbology, also in River Rouge (talk about a bud bonanza for that town!) is expected to start selling product in the next few weeks.