Harris: The NHL Pros Who Look Like Me, Including 3 Black Detroit Red Wings 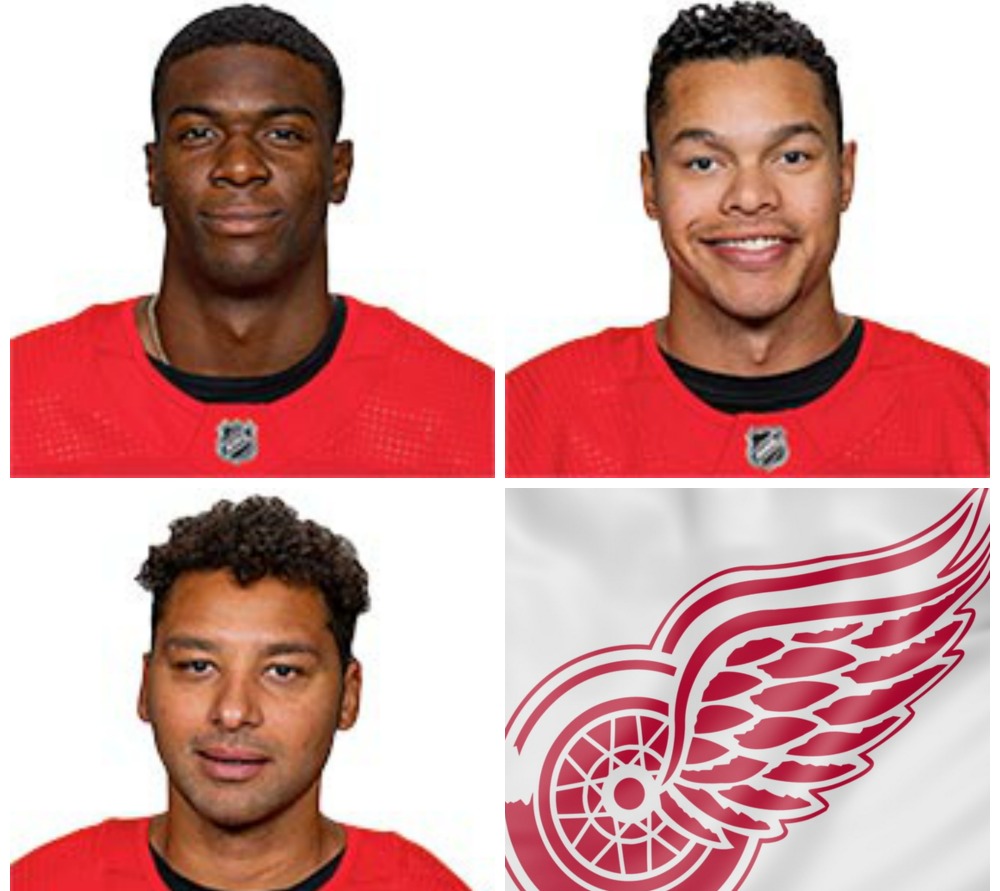 Walking through the NHL’s Black Hockey History Mobile Museum over the weekend, I thought back to the days when I couldn’t even conceive of such a thing.

The mobile museum began its tour Saturday at the Charles H. Wright Museum of African History. It continues across the U.S. and Canada during Black History Month in February and into March.

When I was an adolescent hockey fan in the mid '70s, the only black hockey participation I was aware of was that of Mike Marson and Bill Riley, who both played with the Washington Capitals. They were the only players in the NHL who looked like me in those days.

Of course, Marson and Riley were included in the mobile museum, which featured the names and pictures of the more than 40 players of color who skated in the National Hockey League, including Trevor Daley, Madison Bowey and Givani Smith of the Red Wings.

Their jerseys are in the mobile museum. This season is the first time more than one black player has been with the Wings at the same time.

As noted on a timeline exhibit, Detroit’s first black player was Brian Johnson, who played three games with the Red Wings during the 1984-85 season, followed by Tony McKegney, who came to Detroit from the St. Louis Blues for 14 games in 1989-90. Nathan Robinson skated in five games for the Wings in 2003-04.

The Red Wings did not have another player of color until Daley signed with Detroit as a free agent in the summer of 2017. A defenseman, Daley is 36 and in his 16th NHL season. He helped the Pittsburgh Penguins win Stanley Cups in 2016 and 2017. 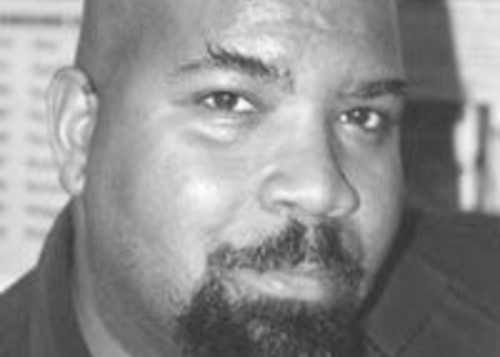 The author of this colum, Paul Harris (LinkedIn photo)

He said minorities should be playing an even bigger role in hockey.

“I obviously think there’s still strides we can make and we’re doing a good job of making those strides,” Daley told reporters after a morning skate Friday at Little Caesars Arena. “I don’t think we’re where we should be.”

Daley was the victim of a race-related incident as a teenager.

Daley played junior hockey with the Sault Ste. Marie Greyhounds. In 2003, when he was 19, the team’s coach, general manager and part owner John Vanbiesbrouck used the n-word while talking about Daley. His teammates immediately told Daley about it.

Vanbiesbrouck, a Detroit native, was a NHL goalie from 1983 to 2002. He resigned as coach and GM of the team soon after, saying: "I used the n-word instead of calling him Trevor. I used it just not thinking."

Vanbiesbrouck has never said much more about it, and his career arc since then perhaps perfectly Illustrates hockey’s race issues.

Vanbiesbrouck was inducted into the United States Hall of Fame in 2007, began working for USA Hockey as a volunteer on its board of directors in 2008, became general manager of junior hockey team the Muskegon Lumberjacks and, in 2018, was hired by USA Hockey as assistant executive director of hockey operations.

In other words, it didn’t hurt him at all.

Daley hasn't talked about the incident publicly during his NHL career.

Bowey, a 24-year-old defenseman, was obtained in a trade from the Washington Capitals last season. He likes being among three black players with the Red Wings.

“It is very neat. The game is growing and we all have each other’s back here and it’s cool to see,” he said. “Dales (Daley) has done a great job of teaching us young guys and showing us the way and it’s just got to keep growing and continuing.”

Smith, 21, is a rookie and was drafted in the second round in 2016 by Detroit. He has split this season between the Red Wings and their American Hockey League affiliate, the Grand Rapids Griffins, and scored his first NHL goal last week.

New Mix on the Ice

Smith’s brother, Gemel, is in the Tampa Bay Lightning organization and has played in 83 NHL games.

Givani Smith has also been the victim of a racial incident.

In 2018, Smith – then with the Kitchener Rangers, a major junior Ontario hockey team – had to have police protection for a playoff game in Sault Ste. Marie against the Greyhounds, after Smith had flipped off the Sault Ste. Marie bench after the previous game.

He was suspended for the next game.

Smith received so much racial abuse on social media by Sault Ste. Marie fans that his team had a police escort from its hotel to the arena and a security guard for Smith as he sat in the press box.

Smith said he received support from his brother, and active and retired black NHL players after that situation.

My Experience in Detroit

As a black man who played hockey and who has covered the sport on all levels for almost 30 years, you almost expect those kinds of incidents to happen. And when they do, you’re still angry, frustrated and hurt.

But as a player, you never want your narrative to be driven by the fact that you were a victim of racial slurs. You want your playing days or career defined by how you played the game, not by a name borne from ignorance and hate.

And if a player is in the midst of trying to make a career playing the game and a racial incident happens, he usually does not want to make waves. Besides being predominantly white, hockey is also all about the team. Generally, players who stand out too much in any way aside from their ability on the ice, are looked at differently by both players, coaches and general managers.

And since the coaches and GM’s have the power over players careers, even players of color who have been the victims of either public or private racial remarks or incidents, constantly struggle with how much of an issue they should make the incidents.

All 3 Wings Are Canadian

Daley and Smith are from Toronto and Bowey is from Winnipeg.

It is a far easier and more natural process for children of color to begin and continue playing hockey in Canada – where the sport is a national obsession – than in most of the United States, where in most places the game is an afterthought, at best.

And even in U.S. hockey strongholds like Detroit and Michigan – because of our proximity to Canada – it is a daunting task for children of color to get involved in hockey.

First, in most black neighborhoods, there is no natural way that a youngster would be exposed to hockey. I became a fan by watching the game on television in the early 70’s.

And if an interest in the game is piqued, the next challenge is where to play. Indoor ice is scarce in Detroit.

Growing up at Warren and Mt. Elliott on the near east side, I first became interested in hockey when I was 9. But I did not step on a rink to play until I was 14, in 1978, at Jack Adams Arena.

That’s without considering transportation and the amount of money that hockey requires.

Long an expensive sport due to the cost of ice time and equipment, playing hockey is a virtual impossibility for many families of Detroit.

And it is far more difficult for families of color in most other U.S. cities to get their children involved in hockey, which flourishes in the more affluent suburbs.

“I think it’s really special. Obviously, we’re trying to grow the game as much as we can and to have these little museums that are coming around does a lot for the community,” Bowey said at Little Caesars Arena before last weekend. “And I’m definitely going to check it out with Dales (Daley) and it’ll be really cool to see all the fans and all the people there who are there to support it and cherish it because it’s a really special moment for sure.”