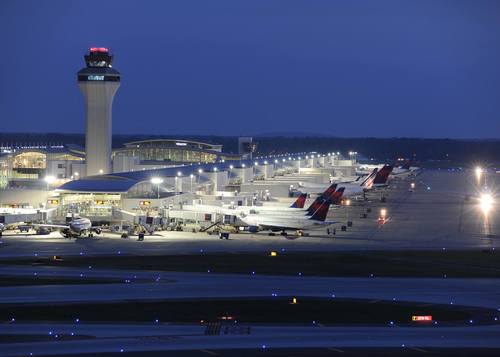 A former Detroit Metropolitan Airport manager who steered maintenance and repair work to three contractors for kickbacks could face up to 25 years in federal prison.

James Warner of Commerce Township, convicted in federal court of taking over $6 million in bribes, will be sentenced Feb. 5.

Warner deserves a near-record long sentence because he violated the public’s trust and lied at every step of the investigation, prosecution and trial, according to the government.

Warner was a supervisor and field inspector at the airport. During his employment, Warner steered $43.7 million of airport contracts to three co-conspirators in exchange for the $6 million, according to prosecutors.

In June, a federal judge convicted Warner of 10 crimes, including bribery, theft, money laundering and obstruction of justice. He most infamously obstructed justice at a dinner with Gary Tenaglia of Envision Electric, an alleged co-conspirator.

"During the meal, James Warner wrote '5k,' a proposed kickback amount [$5,000], on a napkin," prosecutors wrote in the indictment. "He folded it and slid it across the table to Gary Tenaglia. After Gary Tenaglia acknowledged the meaning of the writing on the napkin, James Warner retrieved the napkin and ate it."