Several hours after Free Press coverage summarized below, an apology came from the embarrassed bank accused of race discrimination in Livonia. 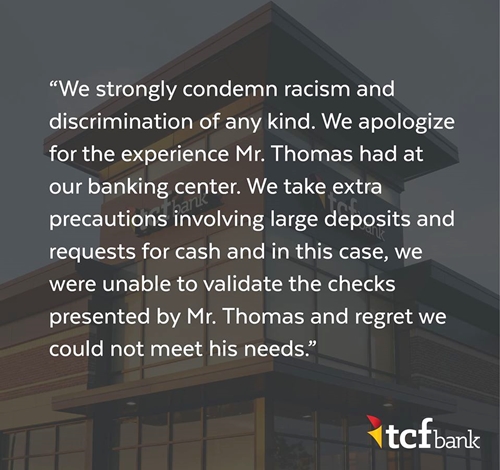 "TCF Bank says it should not have called police on an African American customer who was trying to deposit three checks that were part of a race discrimination lawsuit settlement with his former employer," begins reporter Tresa Baldas' follow-up of her article.

"We apologize for the experience [Sauntore] Thomas had at our banking center. Local police should not have been involved," TCF said in a statement Thursday.

"We strongly condemn racism and discrimination of any kind. We take extra precautions involving large deposits and requests for cash and in this case, we were unable to validate the checks presented by Mr. Thomas and regret we could not meet his needs."

One of these days we might, might get race worked out in this country. If and when that happens, the case of Sauntore Thomas may stand as a marker along the way. 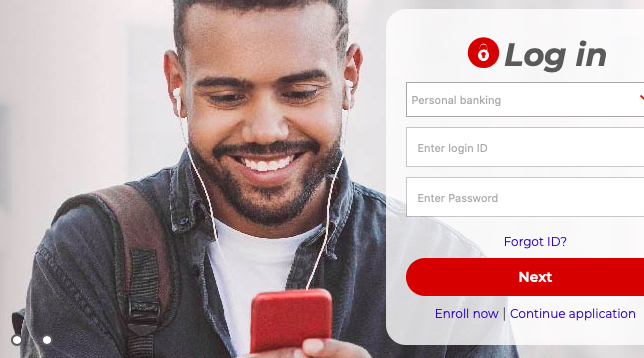 TCF Bank uses a person of color on its website, but Sauntore Thomas got harsher treatment.

Thomas, 44, sued his employer for racial discrimination, and settled the case out of court. When he went to a branch of TCF Bank, where he is a customer, to deposit the check, it was flagged as fraudulent and the police were called.

Tresa Baldas at the Free Press has the story:

Thomas could not disclose the amount of the settlement check due to it being part of a confidential agreement stemming from a federal lawsuit against his former employer, Enterprise Leasing Company of Detroit. He said he ended up going to a Chase bank in Detroit that day, opened an account and successfully deposited the check there. The money was made available within 12 hours.

Thomas said that while he was at the Livonia bank, he called his lawyer — prominent employment law attorney Deborah Gordon — for help in explaining that his check was a legitimate, civil suit settlement. But the bank wouldn't take her word for it, either.

"I got on the phone with the bank. I sent them my federal court complaint, to see that it matched. I did everything," said Gordon, who believes her client was scrutinized because of the color of his skin.

The bank apparently rejected the check because it didn't match Enterprise Leasing's payroll checks. After much back-and-forth, police were called and a complaint was filed against Thomas.