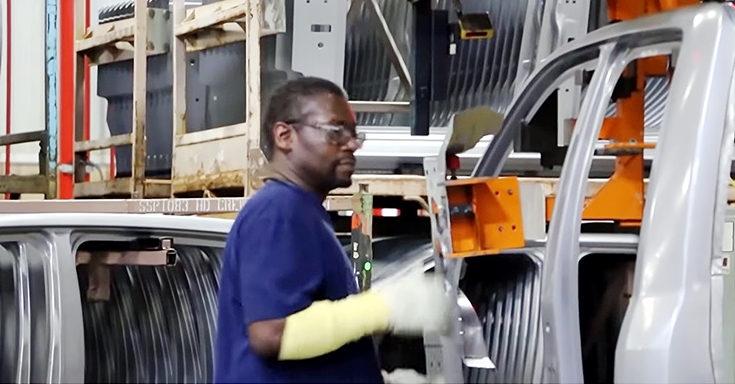 Production line workers start at $17 an hour and can rise to $30. This scene is from the FCA recruiting video below.

A city agency, Detroit at Work, offers a second round of free FCA Job Readiness events through March to help Detroiters apply for production jobs at a converted vehicle plant on St. Jean Street.

"We want as many of the 5,000 jobs as possible to go to Detroit residents," Mayor Mike Duggan tweets Friday. "These are the kinds of opportunities that can lift families and allow them to build careers."

Production jobs start at $17 per hour, with increases up to nearly $30 an hour.

Front-of-the-line status for residents is part of a community benefits agreement by the automaker, though employees laid off when the plant was the Mack Avenue Engine Complex will return first.

Prep sessions at nine city career centers and other sites are for prospective workers who didn't finish one last year. Those who did will be emailed an application link when it's available.

Newcomers can register here to get an email with a schedule of job readiness event sites and times. Workshops also will be offered for those wanting to expand skills. 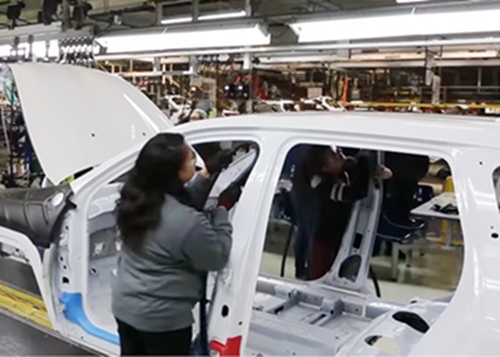 On the line at a FCA plant. (Screenshot: Company video)

About 3,500 Detroiters have been invited to interview, and the company has 3,850 new positions to fill at the plant, according to The Detroit News. It also expects to hire 1,100 more workers later for the adjacent Jefferson North Assembly Plant.

Applicants must be at least 18, have a high-school diploma or equivalent, show a driver's license or other state photo ID with a Detroit address, and pass a drug screen that includes marijuana. Prospects also have to pass a basic mechanical reasoning and behavioral assessment.

"Detroit at Work will provide resources and support to help you become ready for when the early application window opens," says an announcement listing examples of what's available: 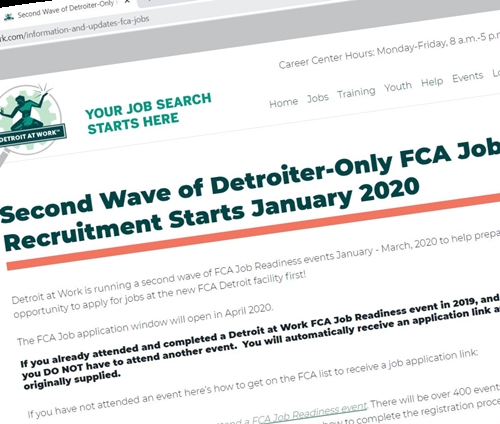 The new assembly plant is expected to begin production during the last three months of the year. ...