It's not as though actual Vikings are coming -- just Viking Cruises. Still, news that Detroit port stops are ahead makes waves at Reddit's local forum.

The Swiss-based line is booking eight-day voyages between Toronto and Milwaukee that start in April 2022 and include a day in Detroit. Eight one-way sailings that cost a pricey $6,000 and up per person are scheduled aboard a 378-guest vessel called the Octantis, which isn't built yet. 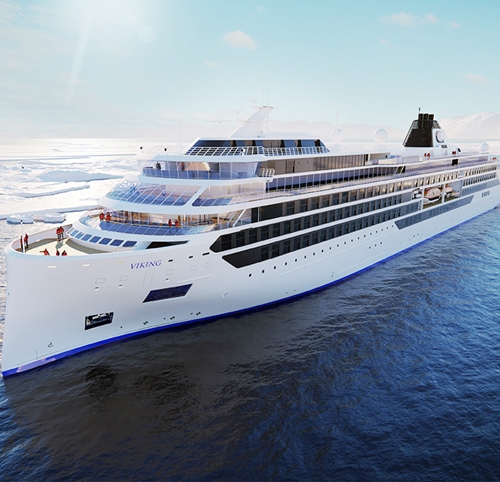 The Viking Octantis, to be built in 2021-22, will bring up to 378 passengers to Detroit eight times a season. (Illustration: Viking Cruises)

Though two smaller ships run by Great Lakes Cruise Company already dock in Detroit each May-October with up to 202 passengers, Viking's plans sound an alarm at Reddit, where woke wiseguys muster at keyboards for an outrage drill. Here's some of what splashes on a thread Saturday:

► "Is there anything we can do to undo this shit?"

► "Great -- super-pollution machines full of boomers on the Great Lakes. Just what we need."

► "'Super-pollution machines full of boomers' sounds like most of the metro, tbh."

► "There are ways of attracting tourists that are less damaging to the environment and Great Lakes."

► "Cruises in general are terrible for the environment."

A few voices of reason surface amid the free-floating cruise disdain, including one asking: "Who cares? if some tour group decided to operate a charter flight to Detroit nobody would notice or care. What is so objectionable about the cruise ship?"

Westbound and eastbound cruises make these stops in a five-month season during 2022.