Stamm: Why does this Detroit editor take Michigan Sen. Lucido's side?

You can take a journalist out of Hillsdale College, but apparently you can't take the conservative college out of a journalist.

Ingrid Jacques, Class of '02, generally reflects her West Michigan alma mater's social and political perspectives on the job as deputy editorial page editor of The Detroit News since mid-2010. Her latest column on a Lansing flashpoint certainly is out there, rooted in skepticism that state Sen. Pete Lucido is a serial harasser.

The headline, which she wrote or approved, is a rare media bright spot for Lucido: "#MeToo drowns out due process."

Jacques reacts to a pair of detailed descriptions this month by women who say Lucido, 59, made them uneasy -- in one instance with a remark to a journalist more than three decades younger, in the other with touching and comments that bothered a Democratic senator who's 26 years younger than the Republican from Macomb County. (A third complaint surfaces Sunday morning, 90 minutes after the column went online.)

Without talking to those involved, the deputy opinion editor decides "the outrage seems overblown."

Were Lucido’s alleged comments completely tone deaf and boorish? Sure. . . . But is Lucido a sexual predator? I don’t think so. 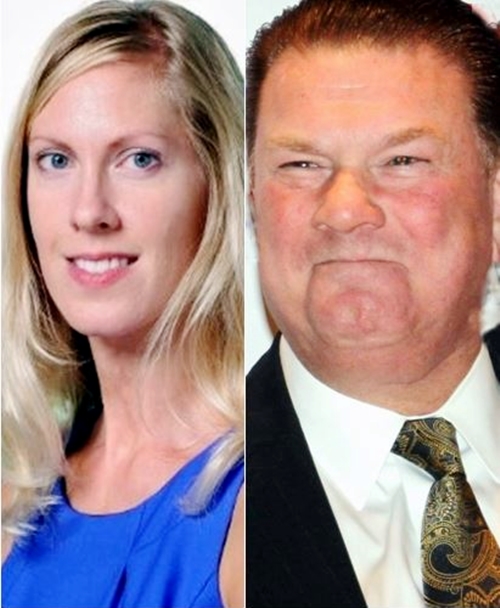 Pull up your big girl pants, she seems to suggest, noting: "Most women have stories about how they’ve been belittled or demeaned in their careers."

Sen. Mallory McMorrow of Royal Oak, who filed a formal complaint Tuesday against Lucido, "seems like a confident woman who could have just told him to knock it off or she could have simply taken a step back," Jacques writes. "He probably would have gotten the hint."

Got that? The responsibility for ending harassment involving a leer and lower back grab rests with the woman, not the man behaving badly.

This is a common pattern in the #MeToo era, and one of its biggest flaws. Accusations are treated as fact, and guilt is assumed immediately. Remember what happened to Supreme Court Justice Brett Kavanaugh? ...

Yes, she plays the Kavanaugh card. Hillsdale professors, fellow alumni and students can be proud.

Elsewhere, outrage -- overblown or not -- now aims at Jacques as well as the senator she says "deserves some due process in the court of public opinion."

Gov. Gretchen Whitmer quotes Jacques' first sentence -- "Am I missing something?" -- in a tweet and adds: "The answer: Yes."

In a three-tweet thread, Sen. Stephanie Chang, D-Detroit, calls Jacques' take "infuriating" and says she "dismisses the reality that harassment and assault victims/survivors often do not feel empowered to report."

Chang adds that the Detroit columnist "ignores how embedded in our society it is to disbelieve women's experiences [and] ignores power dynamics in the legislature. [And] dismisses the fact that our colleague *is* getting due process through an independent investigation."

Amanda Thomashow, a MSU alumna ('12) who's executive director and co-founder of Survivor Strong, also pushes back. "Sexual misconduct is never overblown," she tweets. "Everyone is entitled to their own opinion, but putting this in writing is damaging to survivors and only serves to continue silencing victims of sexual violence."

Susan J. Demas, editor of Michigan Advance, a daily Lansing newsletter, links to the column on Twitter and asks: "If you’re a female employee at the @detroitnews, how comfortable would you be calling out sexism and sexual harassment after reading this?"