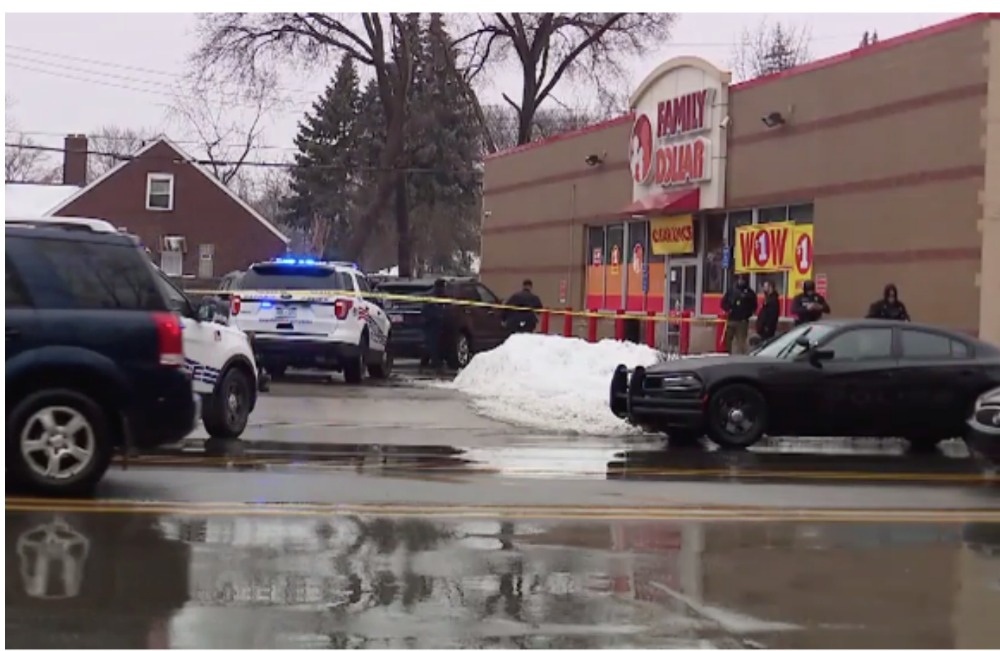 Two bounty hunters were arrested after shooting and wounding a fugitive as he was trying to take off in a car outside a Family Dollar Store on Schoolcraft near Southfield Road on Detroit's west side, Fox 2 reports.

Corey Crawford, 29, who the bounty hunters were looking for, was parked in a car with a 25-year-old woman and 4-year-old boy.

Police say Crawford was backing up toward the bounty hunters when one of them opened fire and shot once through the back window, striking Crawford, Jessica Dupnack of Fox 2 reports. The woman and child were not hurt.

An attorney for the bounty hunters tells Fox 2 that the shooting was in self defense because the suspect was trying to use the car as a weapon and run them over.

Crawford, who was a parole absconder in Michigan, was treated and then arrested. He had skipped bond in North Dakota on a drug charge.

There was no indication that the suspect had a weapon, according to the station.