Detroit got good news on Monday.

General Motors announced it's investing $2.2 billion in its Detroit-Hamtramck Assembly plant to build electric and self-driving cars. The move will create 2,200 jobs.

It will be GM's first electric-only car plant, making a variety of electric trucks and SUVs. 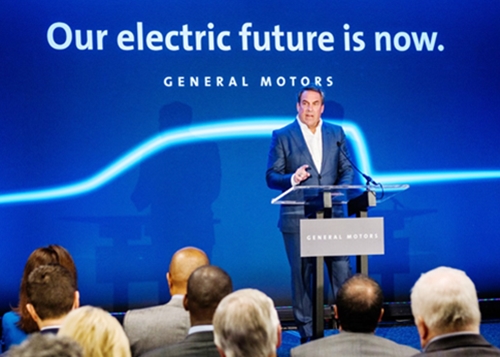 GM’s first electric truck will be a pickup with production scheduled to begin in late 2021, the company said in a media release. Soon after, the plant will produce the Cruise Origin, a shared, electric, self-driving vehicle unveiled in San Francisco last week.

“Through this investment, GM is taking a big step forward in making our vision of an all-electric future a reality,” president Mark Reuss said at a press conference with Mayor Mike Duggan and Gov. Gretchen Whitmer. “Our electric pickup will be the first of multiple electric truck variants we will build at Detroit-Hamtramck over the next few years.”

The plant goes idle for retooling Feb. 28, when about 800 hourly workers will be laid off or transferred.