Eric Thomas, a newly hired City of Detroit communicator, already envisioned the job as a smooth fit. He describes himself on LinkedIn as a "storyteller," and now that's his job title. 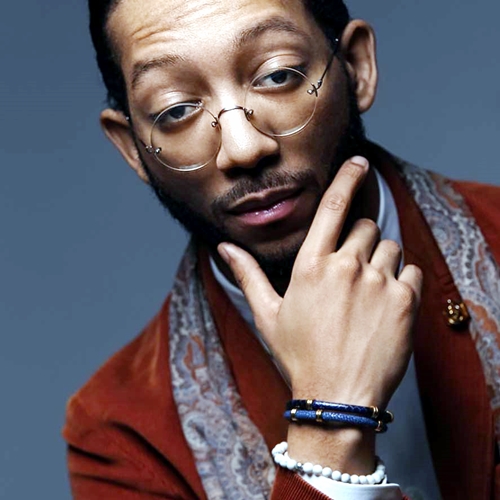 Eric Thomas: "It's time that Detroiters owned the story of Detroit." (Photo: Facebook)

Thomas will focus full-time on helping the city of Detroit and its Media Services division create compelling content that informs and enlightens Detroiters on all communications platforms, including the city’s cable channels, websites, and TheNeighborhoods.org.

"If you look at Eric's work, it's clear he tells stories that seek to elevate the community by holding everyone – especially those of us city government – accountable for our city’s progress," said Mayor Mike Duggan. "To have a respected voice like his exploring what is working in Detroit’s revitalization, and what we need to do better, will help foster an honest community conversation that is both healthy and necessary, even if it’s at times uncomfortable." ...

He fills the position previously held by Aaron Foley, who created the role in 2017 and recently took a prestigious fellowship at Stanford University.

By recently, the paper means Foley decamped five months ago in August. His annual salary was $76,875, according to the city's Open Data Portal.

Though Foley was the first appointee three years ago this March, Duggan and his executive team are the ones who created the role in the midst of a re-election effort marked by criticism that he wasn't paying enough attention to the city's neighborhoods. 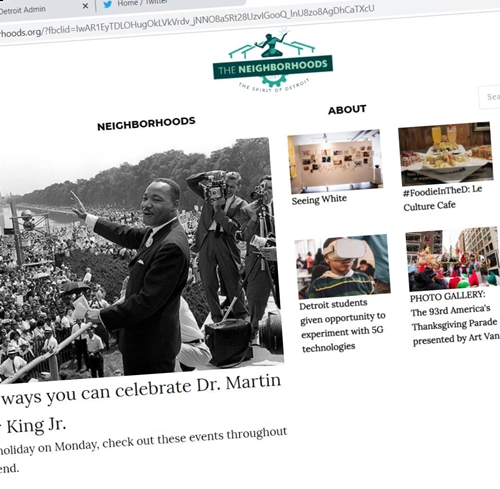 One top post at the site dates back to fall.

The site is financed by fees from Comcast subscribers in the city.

Half of the Chronicle's brief coverage presents Thomas' vision of giving "Detroiters a greater voice by offering them a platform to speak their truth and to connect them to programs and opportunities that can uplift them," as the paper (or its source) puts it.

"Storytelling is a tool I've used in my career to promote dignity and celebrate identity for organizations that support the local community.  It is important to me to tell stories that are rooted in truth and kick open the doors to opportunity. ...

"Detroiters deserve access to all the opportunities that exist within the city and I intend to make sure they know about them. It's time that Detroiters owned the story of Detroit."

The lifelong Detroiter started SAGA Marketing, a branding and digital strategy firm, with Marcus Burrell downtown in 2015. Thomas, who studied graphic design degree in 2008 at Henry Ford Community College, is a New Detroit board member and speaker at TEDxDetroit in 2017, when his eight-minute topic was "How Storytelling Can Give a Community Back Its Voice."