After All That Hype, Hudson's Building Won't Be Detroit's Tallest 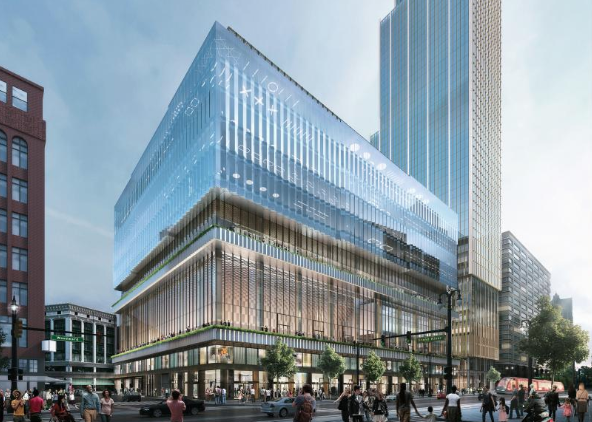 Dan Gilbert had a vision of constructing the tallest building in Detroit on the former J.L. Hudson's department store site on Woodward Avenue.

There was a lot of hype around that grandness. Now, things have changed.

The building, which was supposed to be up to 912 feet tall, will not top the 727-foot-high Detroit Marriott at the Renaissance Center on the Detroit riverfront, which is the tallest building in downtown Detroit, Kirk Pinho of Crain's Detroit Business reports.

"What we concluded is we wanted an iconic building, we wanted to have a lot of characteristics relative to retail and public space and a world-class hospitality component and other things, and the need to be the tallest wasn't on our list of highest priorities."

Cullen's revelation came following remarks and a question session with Sandy Baruah, president and CEO of the Detroit Regional Chamber, at an annual Detroit Policy Conference in the MotorCity Casino Hotel.