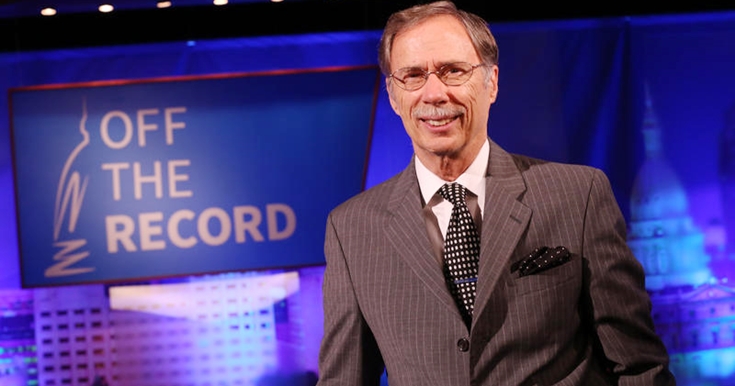 Tim Skubick in 2015 on the East Lansing set where he has hosted a public affairs show since 1972.
(Photo: Stacy Hoxsey/WKAR)

Deciding when to push back from the mic, to leave the stage, to quit the game is a tough call for veterans of any profession. No formula or timetable applies.

Queen Elizabeth is 92. Clint Eastwood is 89. Martin Scorsese and Joe Biden are 77. Bernie Sanders is 78. All are respected, more or less, for continuing to do their things.

Lansing political broadcaster Tim Skubick, 74, also still does his thing but may be out of touch with the times -- though not with the pulse of Michigan politics.

This seemingly indefatigable capital institution, the media corps' undisputed dean, has hosted a weekly "Off the Record" talk show on WKAR since 1972. The public TV station is licensed by Michigan State University, where he earned two degrees and began his broadcast career in 1963 at a 50-watt student station. Nine years later, he covered Gov. William Milliken's inauguration.

"This is Skubick's 50th year covering the Michigan State of the State Address on WKAR," it posts this week. 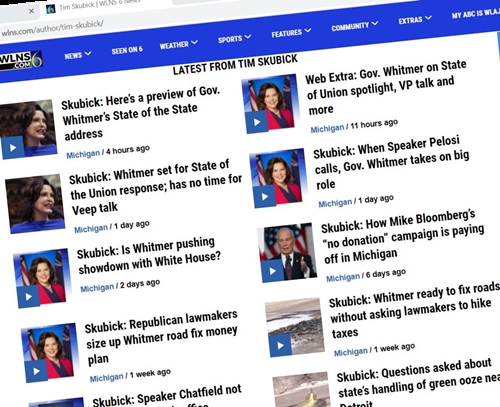 Commentaries by Skubick air frequently on WLNS in Lansing.

In addition, he contributes to WWJ-AM -- a relationship dating to 1970, when Skubick became the Detroit station's first full-time capital correspondent.

And there's more: His commentaries air regularly -- sometimes daily -- on WLNS-TV, a CBS affiliate in Lansing. Skubick's minute-and-a-half analysis of Gov. Gretchen Whitmer's speech to legislators was on its 11 p.m. newscast Wednesday.

The Macomb County native has won local news Emmys, wrote two books on Michigan politics and is in the state journalism and broadcast halls of fame.

Tim Skubick is the Helen Thomas of Michigan's capital, with a career that spans six governors.

During a 28-minute discussion with four WKAR panelists after Wednesday's speech, Skubick tossed out backhanded, condescending praise for Whitmer. "She found her voice tonight, I thought," he says of the plan to finance roadwork with bonds -- a better tactic than wrangling again with Republicans, according to the broadcaster.

Skubick then skates into a risky observation that can be seen as stereotyping:

"I'm going to cut her some slack on what she did last year because she was acting on those emotions [of wanting a bipartisan deal]. But now reality has raised its ugly head and she's acting on another one [emotion]."
[Source: WKAR video at 52:47]

Drink! Skubick says the governor is acting on emotions

His cringey reference isn't an isolated slip by the old-school beat veteran, who can seem out-of-step with multiple generations of younger correspondents. (Skubick doesn't tweet, isn't on Instagram and uses Facebook only occasionally. )

[Disclosure: The writer of this commentrary, a Newspaper Guild and Gannett pensioner, is single-digit years behind Skubick and acknowledges pot⇔kettle awareness.] 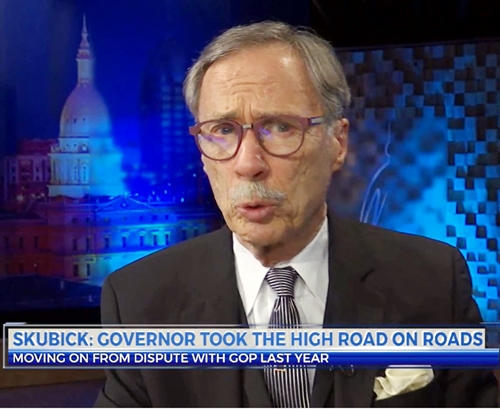 Here, for example, is how he began an "Eye on State Government" column last September in The Alpena News: "Talk about a bad hair week for Gov. Gretchen Whitmer." The topic, not that it should matter, was Whitmer's efforts "to work out a deal [with Republicans] on raising a bunch of bucks for the roads."

That lead sentence led Michigan Advance editor Susan J. Demas to tweet: "Hey, @TheAlpenaNews. It's 2019. Why are you publishing this sexist column from Tim Skubick?" (The paper didn't reply.)

Under Demas' tweet are two comments from Angela Vasquez-Giroux, a former senior communications adviser for Democratic state senators who previously worked at MLive in Lansing from 2011-13:

"He has always been disrespectful to women in office."

"I remember having to change every instance of 'Jenny' to 'Governor Granholm' when I edited his copy years ago."

Earlier last year, another correspondent showed how the governor parried an odd question from the press pack's dean:

Whitmer: "I think smart women" will decide the 2020 election https://t.co/XZiXAXsX4U 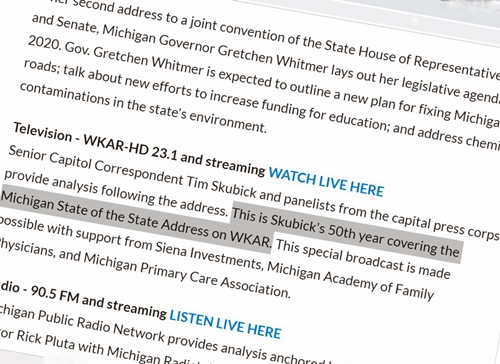 Point of pride or retirement signal?

None of these, including Wednesday's presumption that the governor had been "acting on those emotions," outweigh decades of insights, influence and quality from a walking encyclopedia of Lansing political lore. Tim Skubick is synonymous with Michigan capital coverage.

The state won't see a broadcaster like him again.

Now the dawn of a fresh decade in a presidential election year could be an apt time for a graceful exit after a half-century on the air and on the record.