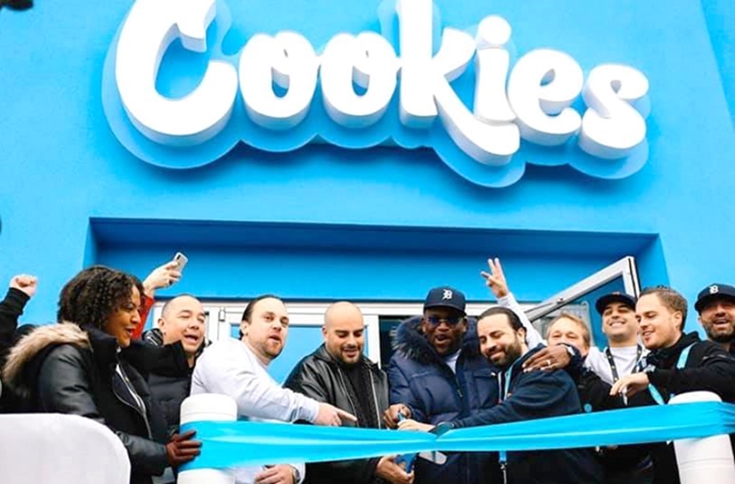 Detroit's newest pot shop opened Friday morning with Northern California rapper Berner on hand for a ribbon-cutting and to greet customers at a dispensary he's involved in.

Cookies, on Eight Mile Road just east of Mound Road, is the seventh location of a business the performer operates in his home state.

This first branch outside his home state will be run by Gage Cannabis Co., which licenses the brand name. It has 12 other Michigan dispensaries open or planned under its own name.

Cannabis sales are limited to medical marijuana cardholders for at least two months while the city council prepares to allow recreation sales under the state ballot proposal passed in Novemebr 2018. Recreational sales have been legal in Michigan since Dec. 1, and Detroit originally planned to do so Friday, which is why the newcomer scheduled parking lot festivities until 9 p.m. at 6030 E. Eight Mile. 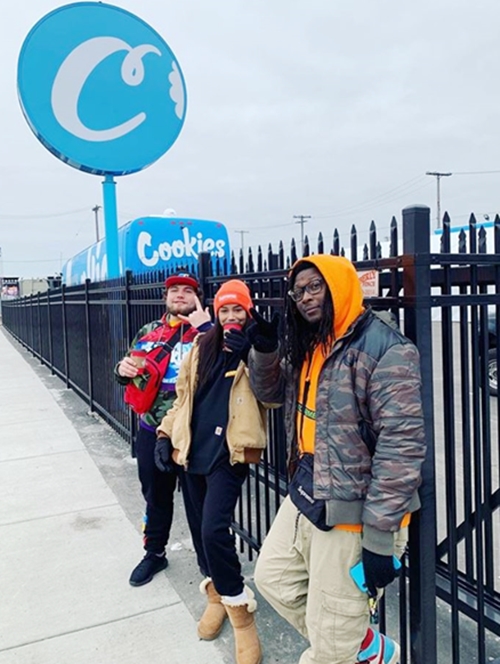 First in line outside the dispensary Thursday.

A short line began Thursday morning outside the fence. Berner posts this photo at left of the first three customers and comments: "We are gonna have to open those gates early and get some heaters outside. ... I got something special for you 3 tonight."

In an earlier post, the 38-year-old artist and entrepreneur says: "Michigan, we have arrived. ... Meet me on 8 Mile Friday morning! ... The menu is beyond on point! Detroit, thank you for welcoming us."

Pot buds start at $25 for an eighth-ounce at his Los Angeles shop, which sells one-gram pre-rolls for $20 or 20 for $250. As befits the branding, strains are marketed as Girl Scout Cookies, Banana Cream Pie, Cherry Pie, Honey Bun, Georgia Pie, Sugar Cookies and other snack-like names. It also offers edibles, CBD oils and other products listed here.

Berner, who has 16 albums and whose signature on business deals says Gilbert Anthony Milam Jr., frames Cookies as a lifestyle brand that began nearly four years ago as a clothing boutique. Pot shops' merchandise includes logo caps, T-shirts and hoodies.

The weed-seller enjoys his main product and poses with spliffs, but casts himself as more executive than stoner. "I'm a father. I got children," he tells Green Entrepreneur, an industry site. "I want to be just like every other businessman. I want to be able to put my money in the bank and buy property for my children and have fun." 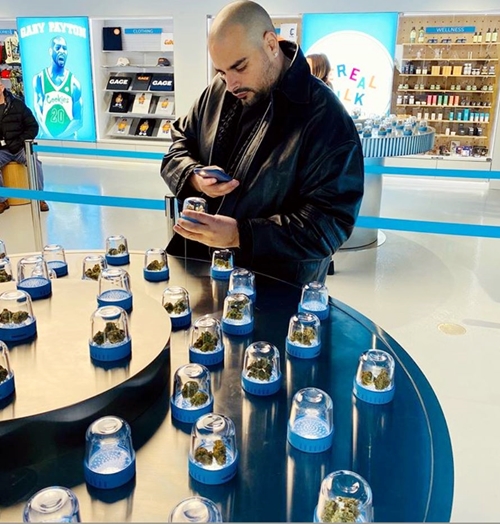 Berner on the Detroit sales floor: "I want to be just like every other businessman."

At Benzinga, a Detroit financial news site, he talks about the move to Detroit:

"Michigan is one of the biggest markets next to California. Not only is it a big market, Michigan is a very educated market when it comes to herb and hash. They have been seeing California weed on the black market for years and been producers of high-quality flower in their own respective market.

"Michigan smokers are spoiled just like us in Cali. ... We are ready to give Detroit all the new-new.

"And the fact we are kicking it off on 8 Mile makes all of this even more legendary."

That should please city council members, at least partly. But a dispensary owned by a Californian and a suburban Detroit partner thing is the type of business that irritates Councilman James Tate, who pushed the two-month licensing delay.

At a session Tuesday, when his proposal was passed unanimously, The Detroit News reports that he said:

Here are four more scenes from the new business via its Instagram: 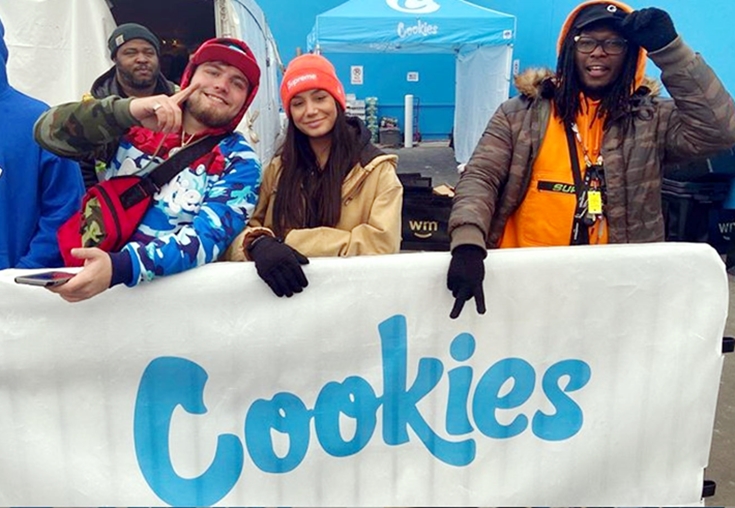 This trio of new friends waited 28 hours to be first in line Friday. Berner dubbed them the #cookiescampoutcrew and gave merchandise to each. 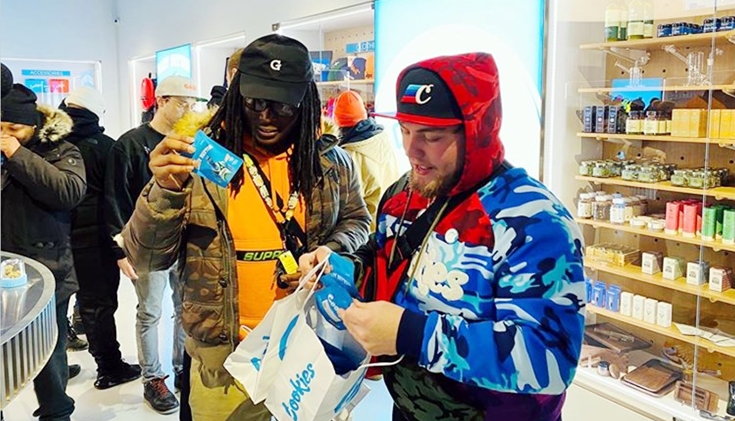 Two of the VIP early arrivals with their gift bags.

A 12-hour "street party" Friday includes the rapper who's co-owner. 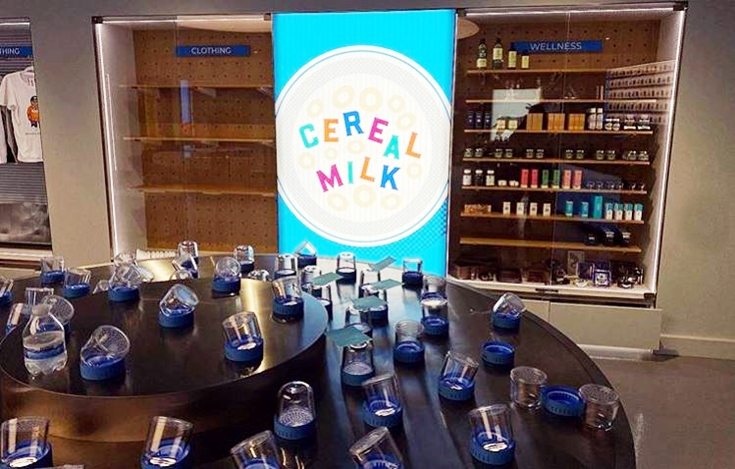