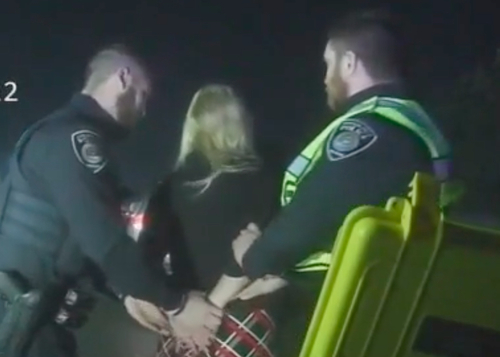 Rep. Rebekah Warren, D-Ann Arbor, was arrested the day after Christmas and later charged with "super-drunk" driving, and the video of the traffic stop, sobriety tests and seemingly inevitable but-I'm-a-legislator protestations was released this week.

The exact quote was: "You don't understand, I'm elected. I'm a senator. People will be, like, the senator got arrested." (Warren is not a senator.)

All three local TV stations ran video of Warren weaving on I-75 as other motorists called 911. After she was stopped, she failed field sobriety tests, and things went downhill from there:

"Do you understand there's going to be a moment that we're both going to be on TV. It's going to be, like, the senator from Ann Arbor, career is over," Warren told the officer.

Warren refused to take a breathalyzer and police had to obtain a search warrant to obtain two vials of blood at a nearby hospital.

Warren is in her third term in the Michigan House, serving the 55th District, which includes parts of Ann Arbor and surrounding areas.

Excerpts are in the WXYZ report, below: