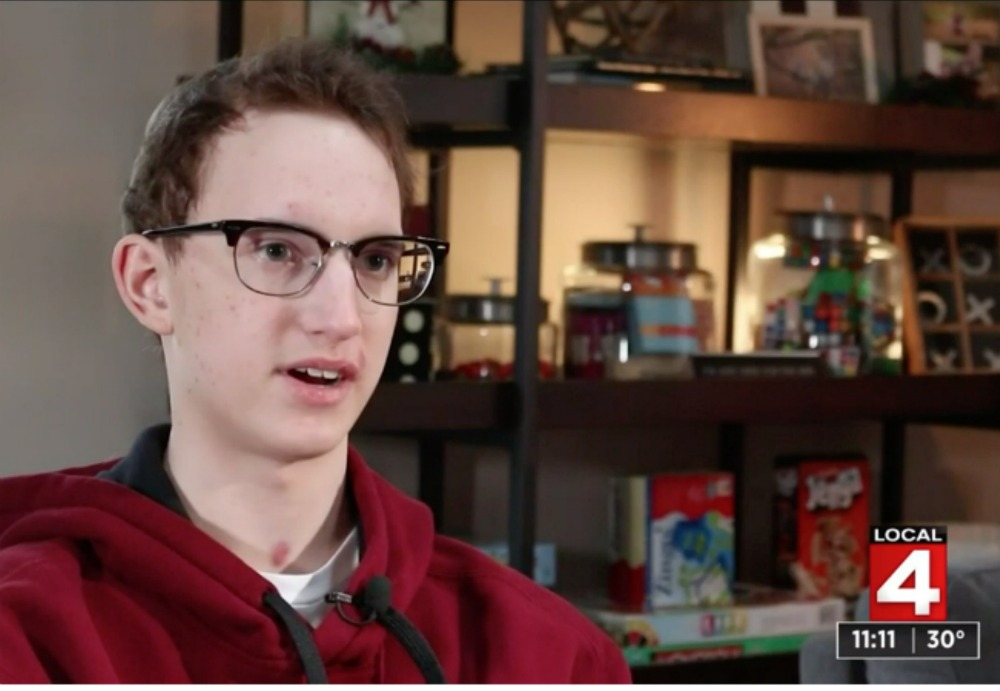 Vaping hasn't been good for Daniel Ament, 16, of Grosse Pointe.

As a result of vaping, he ended up getting a double lung transplant and now takes 20 pills daily to help his body adapt to the changes. He said he smoked tobbaco and pot.

“Some of my friends have been really interested, asking what is my life going to be like now? And, asking ‘how does it feel?’ But, a lot of people have just kind of moved on from it. A lot of my friends are still addicted to nicotine," he tells WDIV anchor Devin Scillian.

"So, I’m trying to get them to stop. So, a lot of my conversations are still related to the situation. I mean, some people just don’t think it’ll happen to them. Like, they think they’re invincible. Which I think I had feelings like that, too."

His mother Tammy Ament tells WDIV things started heading south when “I was in the house and he texted or called me saying, ‘I cant breathe,’ so I went up to his room and said, 'We’ll just go to the ER now.'"

Before she knew it, her son needed a double lung transplant.

“I never thought that. I didn’t think he was ever going to die. I don’t know why. I had two friends that I met and they were always very positive and kinda just kept down by me and kept people who were saying negative things away,” she said.

“Last year, I started to do it, because I got my car. So, I started meeting up with older friends. And, they had all started doing it. And, all I heard about it was that it was so much healthier than cigarettes. Like, it can’t hurt you. And, I just tried it. I didn’t see any real issue to it. But, I was still trying not to do it that much because I didn’t want to get addicted to it,” said Daniel.