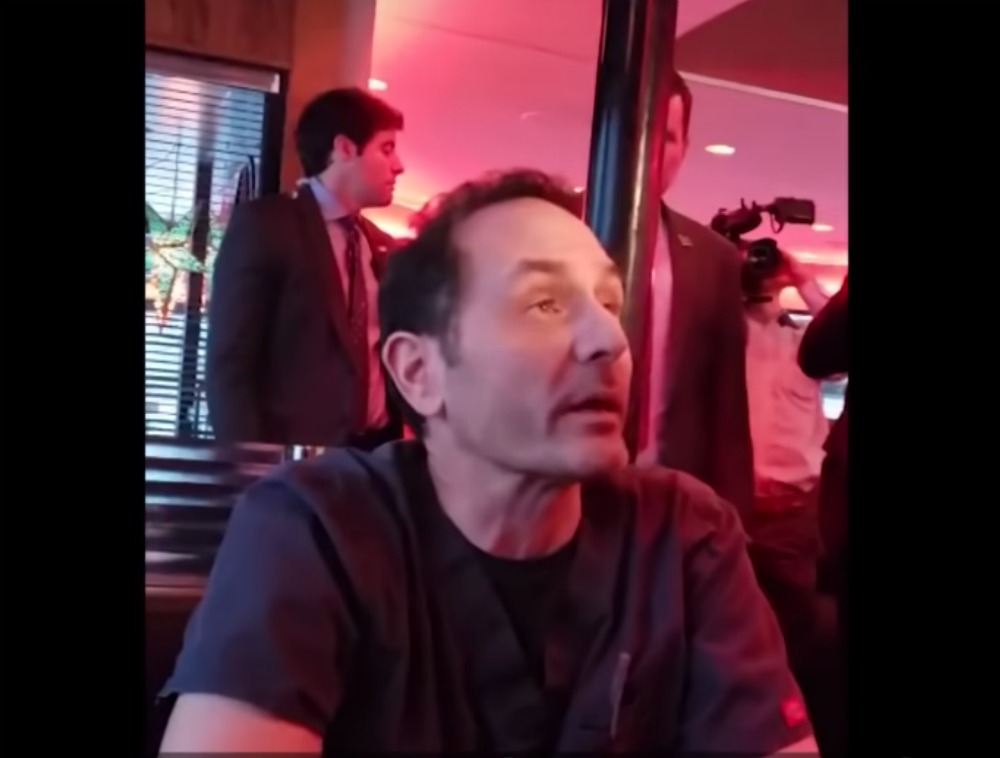 Dr. Rob Davidson: "He either doesn't understand or doesn't care."

A video showing a Michigan doctor confronting Vice Pesident Mike Pence about potential cuts to Medicare and Medicaid is going viral. (See it below.)

Emergency room physician Rob Davidson of Ottawa County in West Michigan, south of Muskegon, was eating at a diner in Des Moines, Iowa, last Thursday when Pence came in, the Detroit Free Press reports. When the visiotor from Washington approached his table, he expressed concerns over potential cuts to Medicare and Medicaid and how they will impact his patients.

When I told him he is putting my patients' lives at risk, @VP deflected and denied knowledge of the policy. He either doesn't understand, or doesn't care about the impact of this administrations' policies on patients everywhere.

He also comments: "I'm a bit surprised by how this has taken off. I was truly just taking what so many of us are feeling and putting it out there. I'm just one of many doctors doing this work."

Sen. Debbie Stabenow, D-Mich., thanks him in a tweet "for standing up for the nearly 700,000 Michiganders who depend on Healthy Michigan for their health care!"

Davidson is from Spring Lake and is the executive director of the Committee to Protect Medicare. He was in Iowa for a press conference relating to his work with the committee when he ran into the vice president.