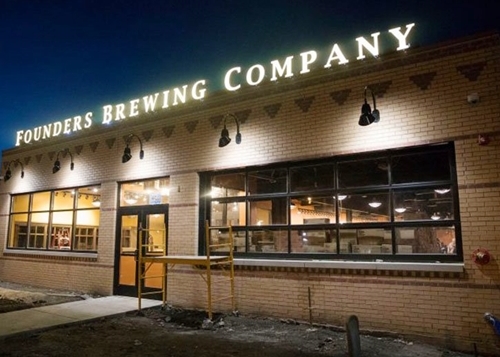 Founders Brewing Co. will reopen its Detroit tap room this week after it was closed last year amid fallout from a racial discrimination suit.

The beer behemoth, which was founded in Michigan, announced it would reopen the Midtown site Thursday with a new general manager and focus on local hiring and charitable giving.

“After three months of progress behind-the-scenes, now is the best time to honor our commitments in Detroit and reopen the Detroit taproom,” said Founders co-founder and CEO Mike Stevens. “While our intentions were good when we first launched the taproom in 2017, we need to make more efforts to connect in meaningful ways with the city of Detroit. We’re going to do this right".

The company promised to focus on diversity and sensitivity after an embarrassing saga surrounding a since-settled suit by a black manager who was fired.

Tracy Evans, who is also a former Deadline Detroit contributor, alleged white employees used the "N" word and that printers were labeled with "white guy" and "black guy." The case turned into a national PR nightmare for the company when a leaked deposition showed the Detroit taproom's general manager claimed he was blind to the black plaintiff's race and also did not know the race of former President Obama and Michael Jordan.

That manager — Dominic Ryan — will be replaced by Emily Faulkner, Founders says. Faulker was previously operations manager at TopGolf in Auburn Hills and the GM for TAP at the MGM Grand Detroit.

The company also says it will put an undisclosed percentage of profits at the Midtown taproom to undisclosed Detroit charities over the next three years. It also promises to focus on hiring more Detroiters and set up a hospitality training program through the city's Detroit at Work program. Those who complete the several-weeks program are to be rotated into employment at the taproom.