Ex-Detroit Metropolitan Airport supervisor James Warner was sentenced in Detroit Federal Court to 10 years in prison for taking more than $6 million in bribes. Wednesday's penalty was far short of the 25 years prosecutors were pushing for.

The $6 million in bribes was the highest ever unearthed in the Eastern District of Michigan, and was one of the largest amounts in the country, prosecutors said. 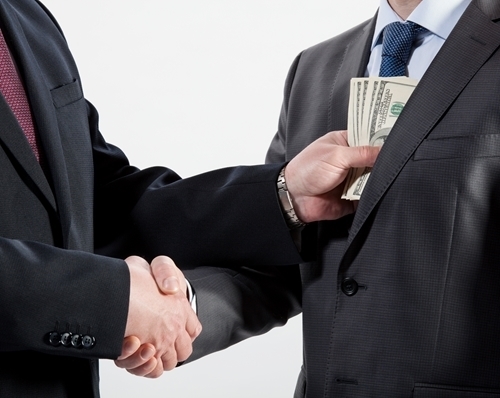 “Through bribery, fraud, and kickbacks, Mr. Warner stole the hard-earned money of the men and women who fund the services provided at Detroit Metropolitan Airport,” Steven M D’Antuono, head of the Detroit FBI, said in a statement.

Warner, 52, of Commerce Township, worked as a field inspector at the Wayne County Airport Authority.

From May of 2010 through August of 2014, authorities alleged that Warner directed more than $43 million in airport infrastructure projects to three co-conspirators—William Pritula, Douglas Earles and Gary Tenaglia—in exchange for more than $6 million in kickbacks.

Authorities alleged on one occasion, Warner falsified the square footage and asphalt depth on an airport roadway project and approved a $938,000 bill from Pritula’s company for work which Pritula’s subcontractor only invoiced $275,000. Warner and Pritula then split the profits evenly.

Warner's co-conspirators,  Pritula, 69, of Romulus, Earles, 60, of White Lake, and Tenaglia, 65, of Commerce Township have all pleaded guilty to conspiracy to commit bribery and theft.”

To date, the government has seized $11 million from Warner and his co-conspirators, a press release said.