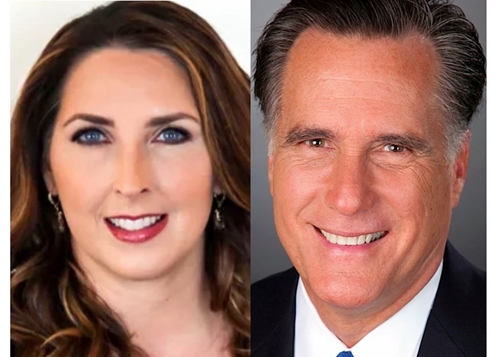 Ronna McDaniel is at odds, sharply, with uncle Mitt Romney.

Michigan native Ronna Romney McDaniel has made it clear all along that she sides with President Donald Trump, not uncle Mitt Romney, the freshman Republican senator from Utah.

On Wednesday, the chair of the Republican National Committee reiterated that stand in a tweet after being asked about her uncle's decision to vote to convict Trump on the abuse of power charge. He did not vote to convict on the obstruction.

This is not the first time I have disagreed with Mitt, and I imagine it will not be the last.

The bottom line is President Trump did nothing wrong, and the Republican Party is more united than ever behind him.

I, along with the @GOP, stand with President Trump.

Sen. Romney was the only Republican to break ranks and vote to convict Trump of wrongdoing. He was only one of two Republican senators to vote during the impeachment trial to call witnesses.

McDaniel, at the request of Trump, agreed to drop Romney from her name -- at least for official purposes-- before taking the job as chairman of the RNC.