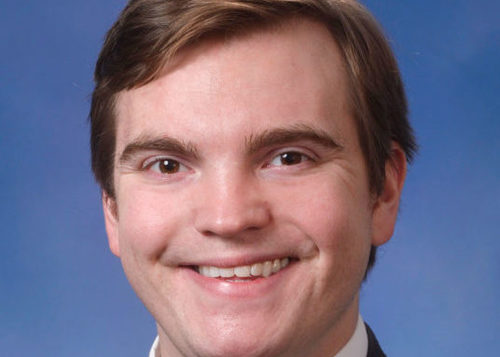 Last week, state Rep. Beau LaFave, a Republican representing the Upper Peninsula, posed outside House chambers ahead of Gov. Gretchen Whitmer's State of the State speech, open-carrying his AR-style pistol — part of a "protest" against what he called the governor's "proposed unconstitutional gun laws."

Days later, the 27-year-old and his weapon parted ways after an unknown perpetrator stole it and another firearm from his home, The Detroit News reports.

I open carried in the capital today to protest Governor Whitmer’s proposed unconstitutional gun laws. If she wants to disarm law-abiding Michiganders, she can start with me on the House Floor. Tonight is the Michigan State of the State #SOSmiSOTS pic.twitter.com/IL5KXPTPs1

According to the News, LaFave alleged on Monday that his Lansing home was robbed. The AR-style pistol, along with a .40-caliber Smith & Wesson, were among the items reported missing. Both firearms were loaded and were not stored in a safe, he said.

Menominee County Democratic Party chair Mari Negro told the News LaFave made himself a “target” when he publicly displayed the AR, calling it a “very dangerous and immature action.” She also criticized his gun storage choices in a Wednesday press release.

LaFave, in response, accused her of “victim-blaming,” telling the News, “I’m a big boy and can handle it, but I will be extremely upset if the Democrats continue to blame victims of crime for what happened to them.”