Act I was the obnoxious teen behavior -- gorilla emojis, N-bombs -- that led to Saline holding a community meeting to address racial issues in schools. 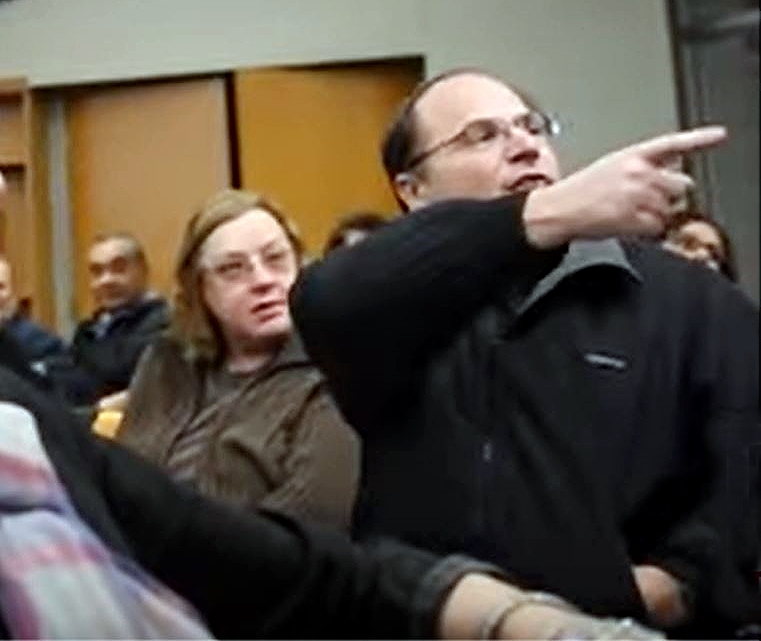 Act II was that meeting, where a Mexican immigrant described the pain his son felt after enduring racial slurs at school. To which a local boor replied, "Then why didn't you stay in Mexico?"

Act III was the inevitable unity march against racism, the #ThisIsntUs rally, the we-don't-know-that-guy-he-doesn't-speak-for-everyone display. That happened Wednesday night. Whether it will put the issue to bed is anyone's guess, but this is Washtenaw County, so odds are good.

The Associated Press reports on the march and rally:

People gathered in a southeastern Michigan town on Wednesday to promote unity and inclusion in the wake of a school meeting when a white parent asked a Hispanic parent why he didn’t “stay in Mexico.”

The Saline Diversity Inclusion Rally was being held in Saline, about 40 miles southwest of Detroit, two days after a community meeting at the local school district office to deal with racist social media posts directed at black students.

... Participants in the rally walked along the small town’s downtown district with signs, including one that read, “Racism Not Welcome.” They moved inside to a building, where speakers included Saline Mayor Brian Marl.

The schools superintendent said the distruct also is working on a more culturally inclusive curriculum and has formed a committee to examine diversity issues.