On Friday, Sterling Heights -- city of light, city of magic -- will be the site of a little bit of Hollywood magic, as the star of a film opening later this month arrives to greet fans and pose for pictures. 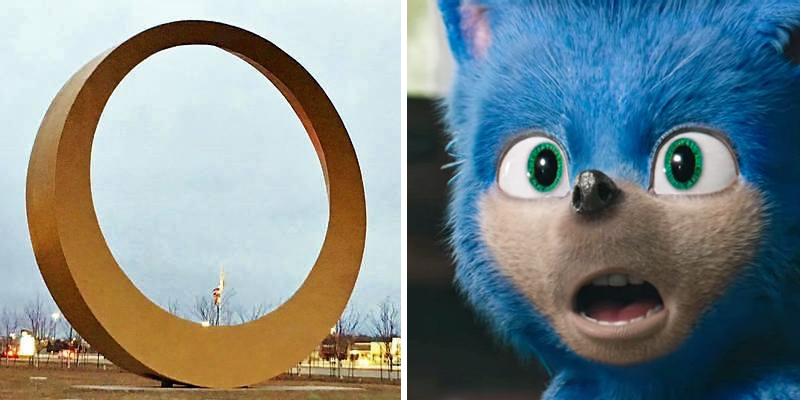 I am firing my agent -- Sonic

Sonic the Hedgehog is coming to the Golden Butthole.

(OK, first it was funny and now it's just pathetic. Can we at least acknowledge that?)

To put it another way: A giant gold-toned ring, officially called the Golden Halo but immediately rechristened with the proctological name, sits in the middle of Hall Road, welcoming visitors to the suburban community. And this week, it will host the "star" of a film based on a video game, being released in the pre-Oscar dark age, when nothing worth seeing is ever released, because you're trying to catch up with all the award-worthy films that came out at Christmas. 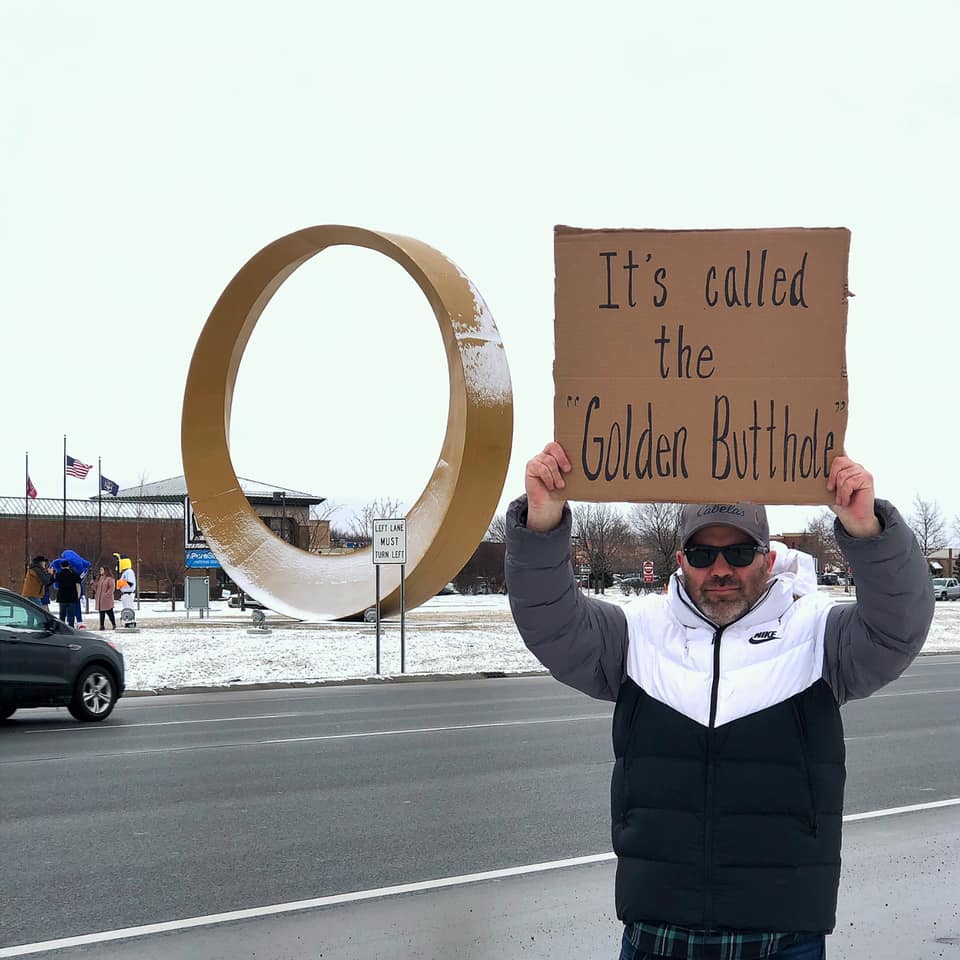 Andrew Kozinski, one of the folks behind the Golden Butthole campaign.

It gets worse: Sonic will cavort with another furry, "Sterling B. Counted," Sterling Heights' 2020 Census mascot.

Fans can take pictures with Sonic once he arrives at 11:30 a.m. at the Halo, located in the median of M-59/Hall Road near Lakeside Mall.