LeDuff: Hey Johnny Lawman, Why Does Detroit Keep Getting Dumped on -- Literally? 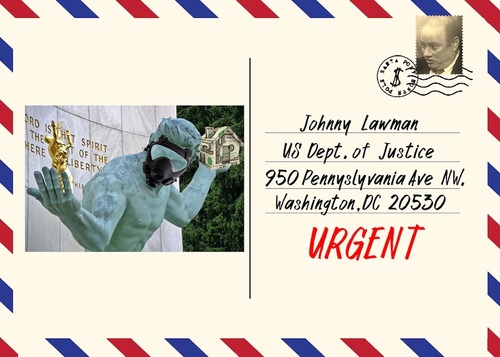 Some toxic green ooze was recently discovered leaking from an abandoned industrial building in a Detroit suburb.

Detroit, in the meantime, gets nothing. A huge mound of construction debris has been discovered to have been dumped in the middle of the city by one of the contractors you are investigating in connection with the federal demolition program. 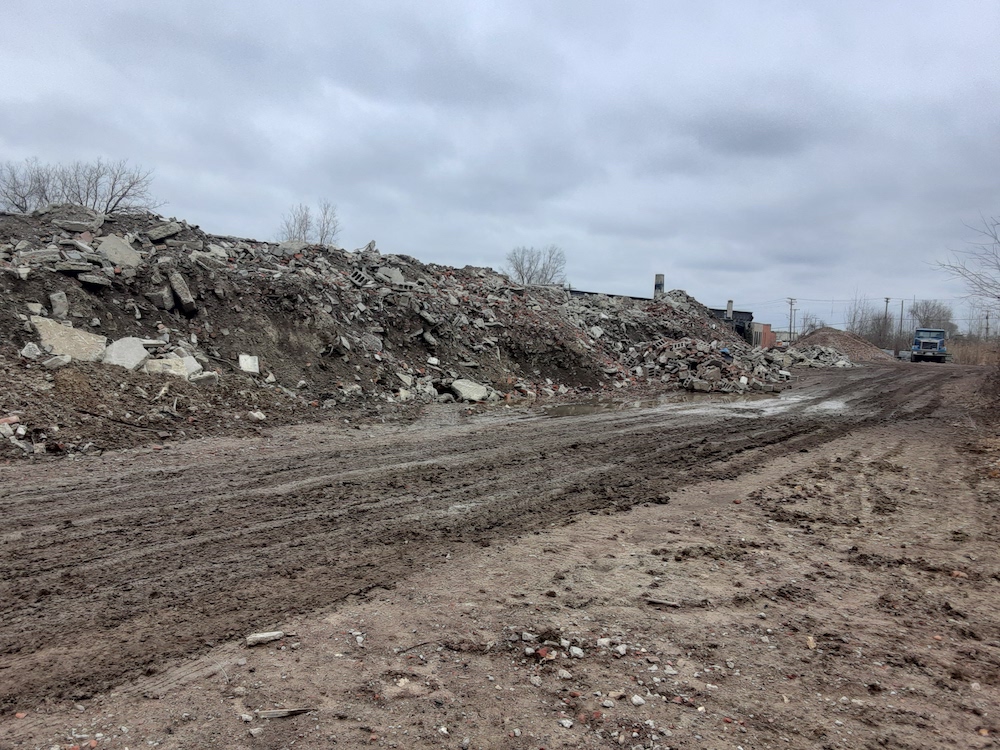 A February 2020 photo of the construction debris.

The mound is so big – perhaps 20 feet high and two football fields long – you can see it in satellite pictures. But no one does much around here. The moon suits from the state's environmental department have come out to test items but that's it.

The suburban demolition contractor that leases the property, Smalley Construction, continued to work in the city this very morning.

The citizens of Detroit continue to feel disrespected. Like they don't matter. Like they don't get any attention for the health of their children equal to the reaction the suburbanites and their green ooze get.

The citizens of the city are telling me they no longer believe in you, Johnny. That no justice will come from a program that you've been investigating for four years now, for collusion, bid-rigging, fraud, environmental violations, etc. The $260 million from the U.S. Department of Treasury is all but spent. And yet contractors are screaming they haven't been paid. One claims to be owed $5 million.

Our local officials? Forgetaboutit. The congresswoman was running around Iowa. The senators were in Washington starring in Impeachment Theater. The governor was pumping her own career on the morning shows. The attorney general is still trying to figure out what she's doing in Flint (remember Flint?). The mayor is shopping around for black demolition contractors to stand next to him at the State of the City speech. It doesn't appear any want to be seen with him. 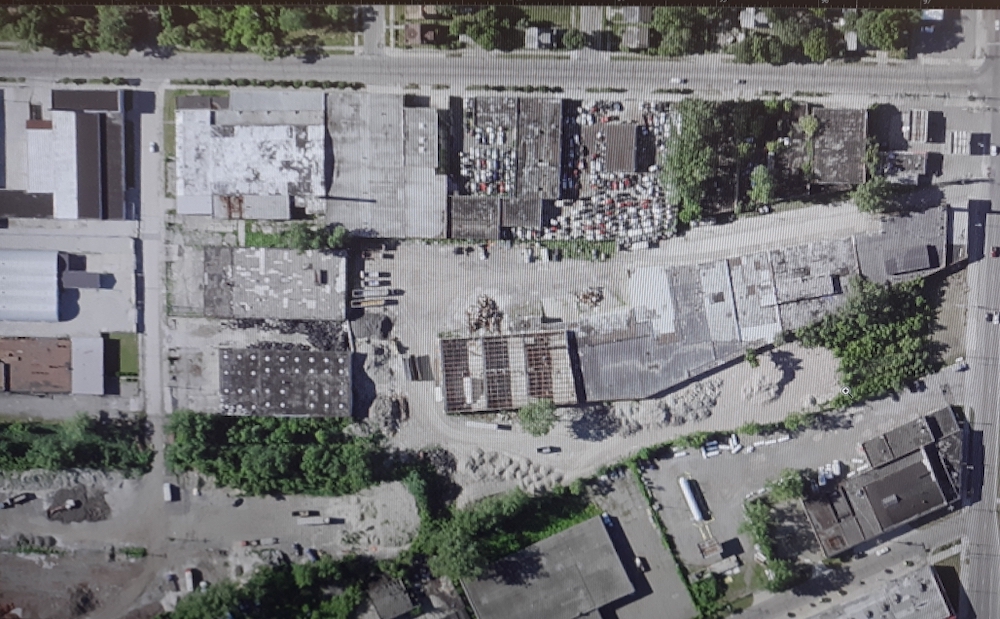 I tell the people of Detroit to be patient. That the government does care for the health of and well-being of their children. But it's getting harder to convince people.

The pile is most definitely demolition debris. The very stuff you're investigating. It comes from a contractor whom you asked to turn over dirt-related paperwork just last year. Since you visited, the company has torn down about 500 more properties that you are supposed to be monitoring. Over that time, the dirt mountain started spreading like the coronavirus.

The suburban contractor responsible for the pile, Joe Smalley, admitted as much to me.

“That debris only comes from houses that have been abated of asbestos,” he said by telephone. “So it’s not contaminated. But cement recycling yards don't like dirt mixed with concrete. So what we do is take it to our yard, separate it, and then get rid of it. We've started removing it today.”

The owner of the yard, located near Five Mile Road and Livernois, said that Joe has been dumping dirt there since 2016. He sent me dozens of photos to confirm this.

That's weird, because the city's demolition director told the local paper that she believed Smalley was not responsible for the pile.

"We’ve been able to determine that we have waste manifests for all of our demolition projects he was attached to,” demo director LaJuan Counts told the Free Press. “So we’re not really certain where this debris came from.”

Nobody from the city responded to my requests for comment. And nobody seemed to know Ms. Counts' phone number. I think they know we know each other, Johnny.

So I checked Smalley's dumping manifests – those are the landfill records where the houses get dumped. They don't add up Johnny.

Smalley tore down 12545 Chelsea. The records in the city's own database show receipts for 32 tons of debris for a 1,500-square-foot house.

As a comparison, 9242 Pinehurst, was demolished by Homrich, a rival company. That house – which was 200 square feet smaller that the house on Chelsea – had dumping records for 170 tons of debris.

I asked Smalley about the discrepancy. “I don't know what to tell you about that,” he said. “I'm certain we've got all the proper records at the office.” 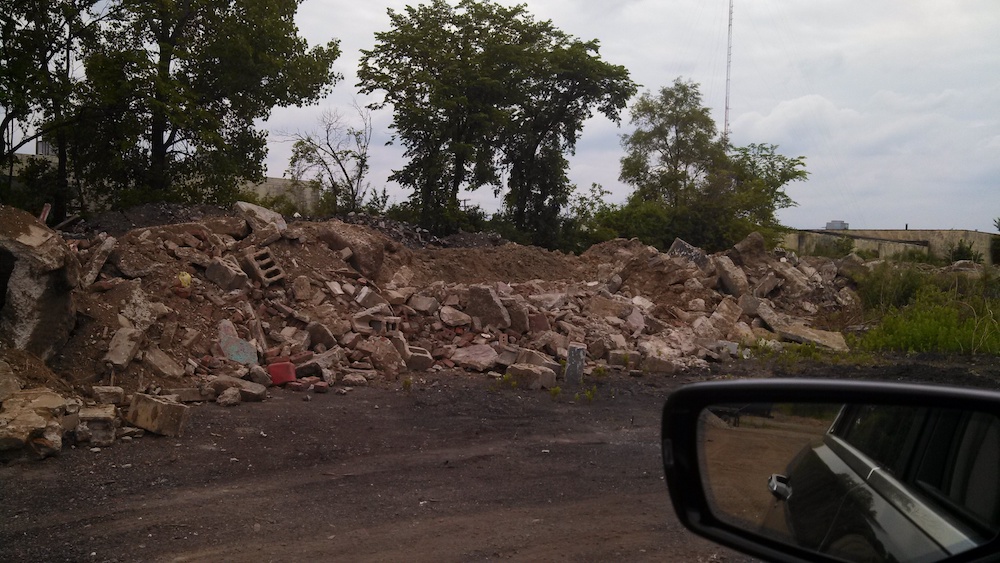 Smalley illegally dumping in Detroit in 2014.

You might want to go back and ask him where the rest of the house is, Johnny. Because you got charged the full price.

Another thing you may want to ask is how Smalley is working in the city at all. He was kicked out of the program in 2014 for doing the same thing with dirt after a different landlord complained. For some reason the city reinstated him in 2016. (Read 2014 letter from property owner to Smalley)

Well, that's the news from the swamp. If you need a lift from the airport, you've got my number.

P.S.: It's in the district of City Councilman Gabe Leland. And speaking of Gabe Leland, what's going on with his corruption trial? All I know is he was indicted in 2018 -- 16 months ago --  the deadline for a plea bargain is Feb. 18 and trial is set for March 23.