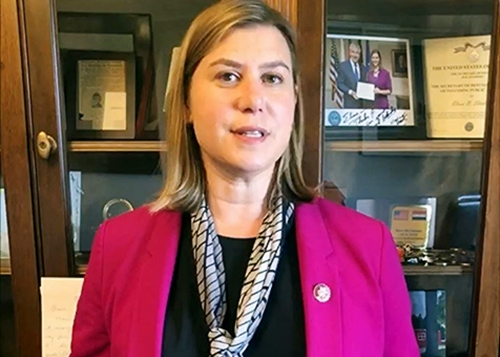 ► Republicans are not up-to-speed in efforts to deny U.S. Rep. Elissa Slotkin a second term in the 8th Congressional District.

► What will happen in New Hampshire Tuesday?

► Trump turns his State of the Union address into a campaign rally.

► House Speaker Nancy Pelosi tears up Trump's speech, but Gov. Gretchen Whitmer says: "When they go low, we go high," and restrains herself in her party's response to the president's remarks.

► Whitmer presents her 2021 budget to the Michigan Legislature.

► Sen. Gary Peters warns U.S. Census Bureau that as many as 800,000 Michiganders fall in the "hard to count" category.