The Michigan Humane Society and WXYZ is having an all-day telethon to raise money for the shelter. Telethons aren't usually our cup of tea, not since we grew out of our fascination with watching Jerry Lewis weep through "You'll Never Walk Alone," but all you gotta say is PUPPY CAM and we're there. 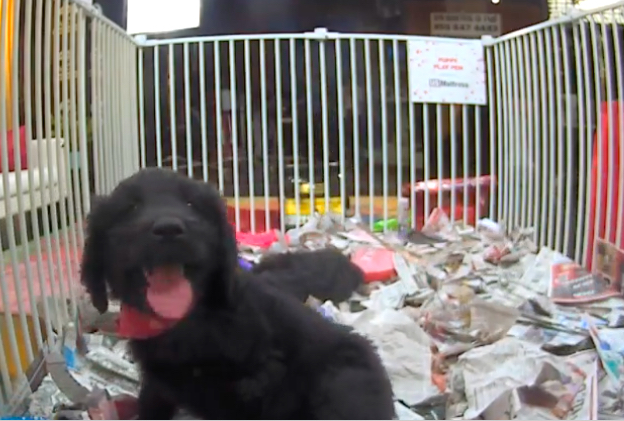 The station will live-stream its puppy pen until midnight. There are four in there now -- two black, two black-and-white, all fluffy and cuddly. They have toys and cute puppy-size bandanas on their necks. There's evidence of peeing, which a human just tidied up. Every so often some human arms reach in and scoop one up for its time in the spotlight. You can almost smell that milky puppy breath. We're SO there.

Hit the donation link here to support the shelter. Or just go straight to the puppy cam and freeload.