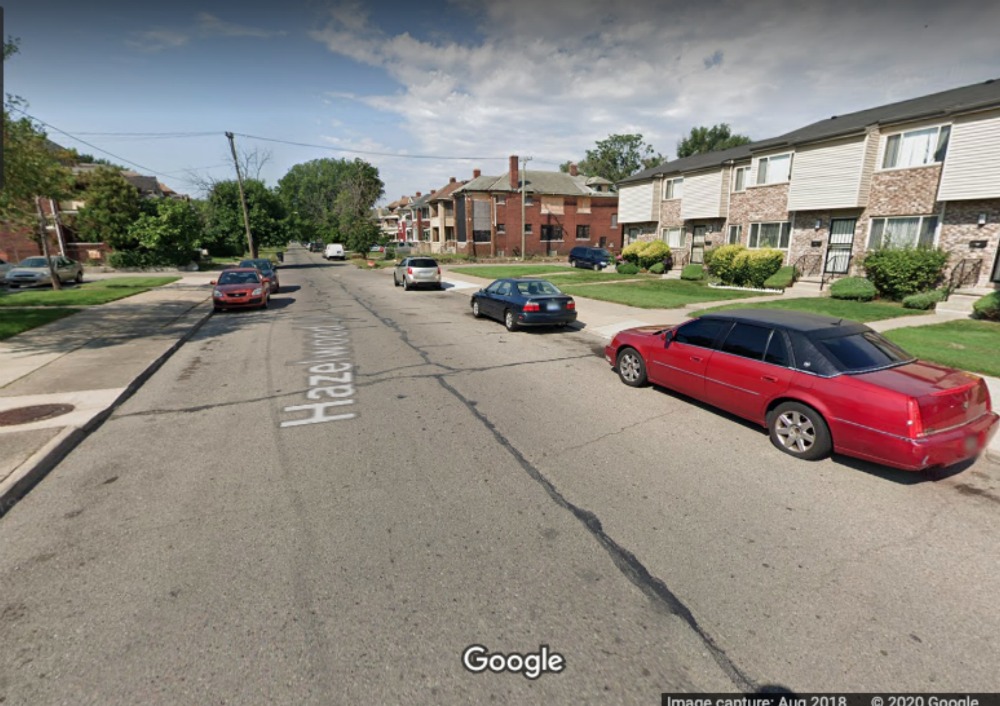 The drug house was on this block. (Photo: Google Street View))

Two men are accused of running a Detroit drug house near the Lodge Freeway where women were raped, beaten, choked, drugged and forced into prostitution, The Detroit News reports.

A nearly four-year investigation intensified in December after law enforcement found a dead woman inside the home, writes Robert Snell of the Detroit News, who reports:

In September 2016, an unidentified woman told Detroit Police officers that Goodmon and another man offered her crack cocaine for sex, according to a federal criminal complaint.

"She agreed, and the men took turns having sex with her for several hours," according to an FBI special agent to the Southeast Michigan Trafficking and Exploitation Crimes Task Force. The woman "asked the men to stop several times and they forcefully continued the acts.

The woman said she was slapped in the face and choked and, when she tried to leave, was threatened with a gun, according to the complaint.

Authorities cited other instances of sexual violence in the criminal complaint.